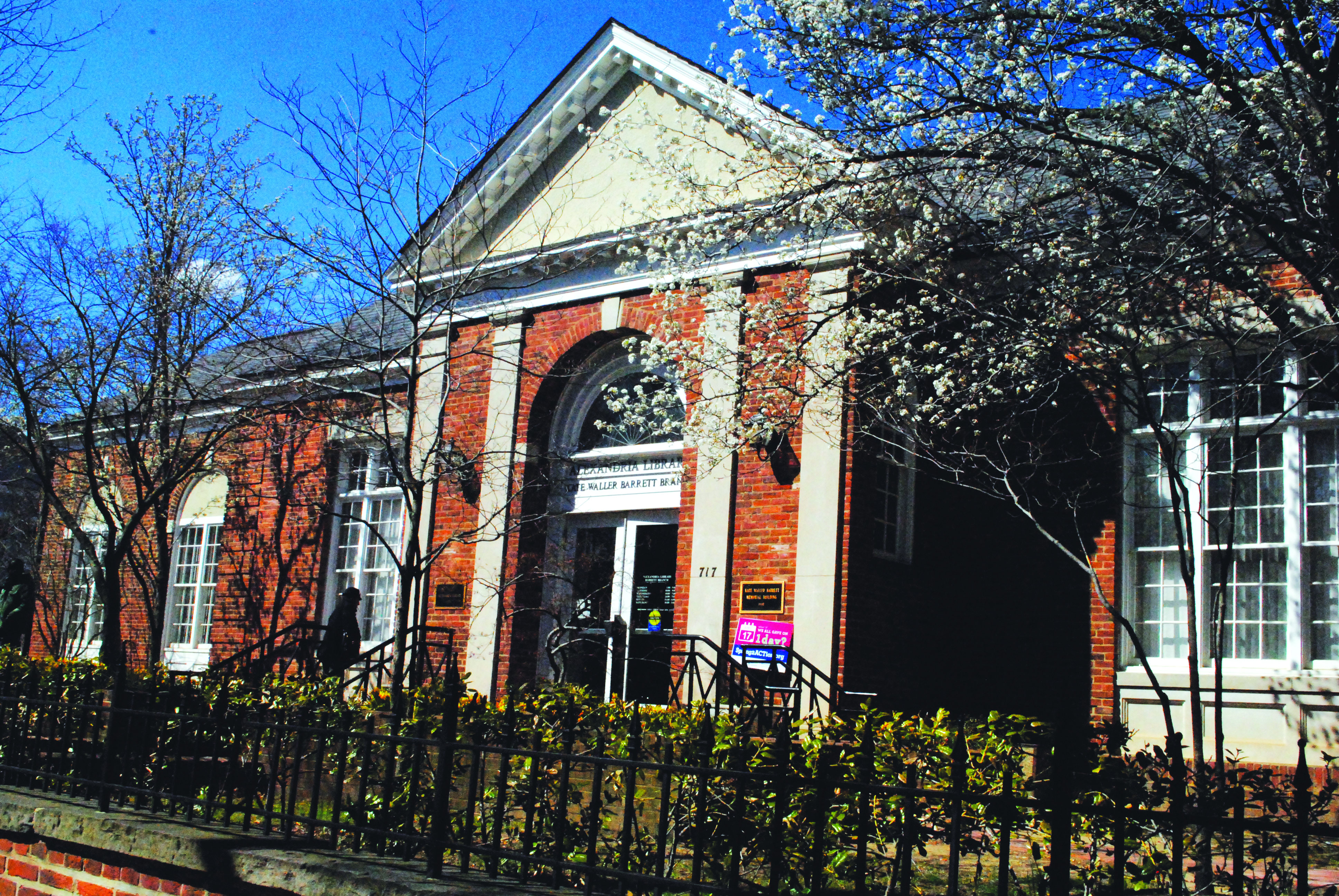 The proposed fiscal 2014 budget has put the squeeze on city departments across the board, and the Alexandria library system is no exception.

The Port City’s libraries — the James M. Duncan, Ellen Coolidge Burke and Kate Waller Barrett branches as well as Charles E. Beatley Jr. Central — face a 1.9-percent cut, or $133,719 decrease, from the fiscal 2013 budget. As a result, residents could see library branches decrease operating times by two hours — from 52 to 50 — each week.

For the Barrett, Burke and Duncan branches, which don’t close until 9 p.m. twice a week, the cuts could mean staying open late just one night. And city librarians worry that will prevent many residents from taking advantage of the facilities.

The libraries, though, are no strangers to sharp cuts. In fiscal 2010, the city slashed the system’s budget by 17 percent, forcing branches to substantially curtail their hours, Schloeder said. But in recent years, the city restored a portion of the money, allowing the facilities to expand their hours — remaining open until 9 p.m. two nights per week.

Based on the proposed budget, that trend is unlikely to continue and indicative of the financial hardships the city faces, said Vice Mayor Allison Silberberg.

Many departments and services are seeing cuts as a result of the city’s $31 million shortfall. And for residents, a proposed 4-cent tax hike only adds to the financial squeeze.

“It’s a wakeup call to me and to all of us about how strapped the city is,” said Silberberg, who also is a member of the library board. “I do think this shows the public, all of us, how the city has some serious and real budget constraints.”

At the same time, city officials have proposed allocating $57,744 for cleaning services systemwide and $565,000 for upgrades and repairs at Beatley through the capital improvement program.

But reducing library hours — saving the city an estimated $93,000 — will hurt residents who are juggling work and family and don’t have access to the Internet and books, Silberberg said.

“Education and access to reading material is really the great equalizer [in] our society,” she said. “That anyone with a library card can go into a library, borrow material, read it, learn from it, grow from it … it’s really in the community’s best interest to maintain our libraries, and we’re very blessed by these four libraries.”

Last year, more than 840,000 people visited a city library, and officials project an increase of 40,000 visitors this year. However, with the reduction in hours, the city expects the number of visitors to drop by roughly 20,000 next year.

And even as they grapple with looming budget cuts, officials also expect to see revenue from fees and fines drop by about $20,500 next year — as a result, though, of the library system’s materials recovery service implemented last year.

Though Young’s proposed changes have alarmed residents and library board members, city council can tweak the numbers before approving the fiscal roadmap next month.

“Those of us on council are now rolling up our sleeves, getting public input … to see what can be done,” Silberberg said.

But members of the library board are not idly waiting for city council’s verdict, Schloeder said. They created a petition — available for signing at each branch — asking council to restore the dollars.

And the system has a nonprofit, called the Alexandria Library Foundation, which is raising money to replace the cut funds.