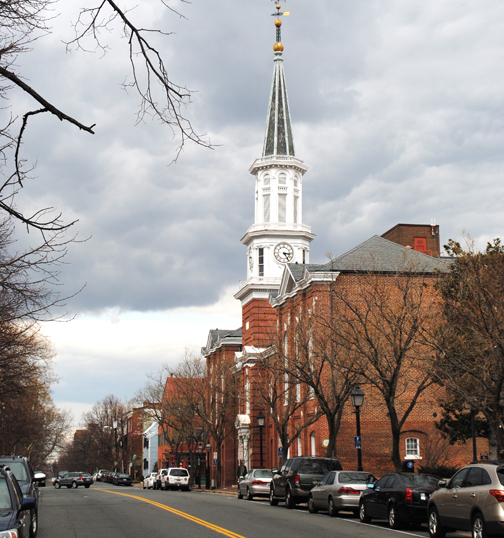 This is a story about two funds that have made a significant difference in Alexandria for a decade and how they are possibly threatened.

The public is understandably concerned about the future of dedicated funding for the long-established affordable housing and open space funds. I certainly share their concern, and I hope this letter will help clarify what the two funds are, their impacts and why we need to reinstate dedicated set-asides for them. Otherwise, Alexandria will have two funds without a predictable, consistent base of support.

For now, both will be funded through fiscal 2014, and city council put an additional $174,000 into supporting affordable housing. What is difficult to fathom is that after this year, these two funds will no longer receive a dedicated amount unless city council votes to put dollars into each. Therefore, depending upon city council’s makeup and the economy, the amount in each fund will vary wildly.

I hope we can right this ship, because having these two funds with dedicated funding made good policy sense for a decade and helped our city achieve its civic goals, as stated in our seven-point strategic plan.

Until May 6, when the city council voted for the budget, no one knew that the dedicated monies to support these two funds were on the chopping block. I have heard from housing and open space advocates asking me about this dramatic change in policy. I have told them that this change came out of nowhere.

From late February through early May, city council held many meetings, work sessions and public hearings, but not one of those meetings focused on the future of dedicated funding for these two funds. City council also had a preliminary add/delete meeting, which took many hours, and then had an hour-long final add/delete meeting. The set asides were not discussed at either and were not part of our lengthy debates, though we did debate the pros and cons of everything else under the sun.

Adding something after the final add/delete meeting is unheard of and does not bode well for our open, democratic process. It undermines it. The budget motion should only include what was discussed and agreed upon prior to the formal vote. Regardless of how each of us feels about set-asides, it is important to have a full, scheduled discussion about an issue, especially one that would change a long-standing policy.

If the public had known about this possible change, then residents would have had time to respond and write us, just as they did about the Warwick pool, the meters in Old Town, the schools, etc. Not one email came in about these two funds because no one knew about a possible change.

On April 15, city council held a work session with the budget and fiscal affairs advisory commission to get their take on the budget and the city’s fiscal health. The BFAAC chair, John Renner, gave a detailed presentation with dozens of bullet points, and one of his points was a sentence about BFAAC’s support for eliminating the set-asides. Several of my colleagues on council expressed support for Mr. Renner’s point. This lasted a couple of minutes at most. Then Mr. Renner continued.

Making a comment for a minute or two does not mean that city council has discussed the issue, nor does it mean there is consensus. In contrast, during the preliminary add/delete meeting, we did have consensus for a moment. There were four of us — Mayor Bill Euille, city councilors John Chapman and Del Pepper, and myself — who wanted to increase the designated funds for the Affordable Housing Fund. The mayor then withdrew his support of increasing the funds, and we had to drop the matter. That was a perfect moment for others to raise their feelings about eliminating the dedicated funds for the set-asides, but we did not have that discussion.

On May 6, we had the final add/delete meeting. The set-asides were not discussed. We then had a 20-minute break before the budget vote in City Council Chambers. At some point, the two sentences about eliminating the dedicated funds were added. Yet, the final motion only should have included what we agreed upon as a body. The motion was not in our docket. How can a person read a document when it is not there? This matter came out of nowhere.

If some of my colleagues would like to have this discussion, then let’s have that discussion openly and hear from the public. Now, on short notice, the public will have a chance to weigh in. There will be a city council public hearing on the morning of June 15.

Last point. Some have blamed staff for this. In contrast, I do not blame staff at all. I think they did an outstanding job and serve the public well, but they would not change policy without direction.

The bottom line is that we as a council have a serious responsibility: to serve the public good. I am honored to serve and find it very meaningful. We must work hard to earn the public’s trust each day, and I believe that begins with a fair and open democratic process as well as reinstating the dedicated money for the two funds. Otherwise, we may look back in a decade and ask ourselves, “How did that happen?”

I hope that our citizens will weigh in and share their thoughts and concerns with us on council.
– Allison Silberberg
Vice Mayor