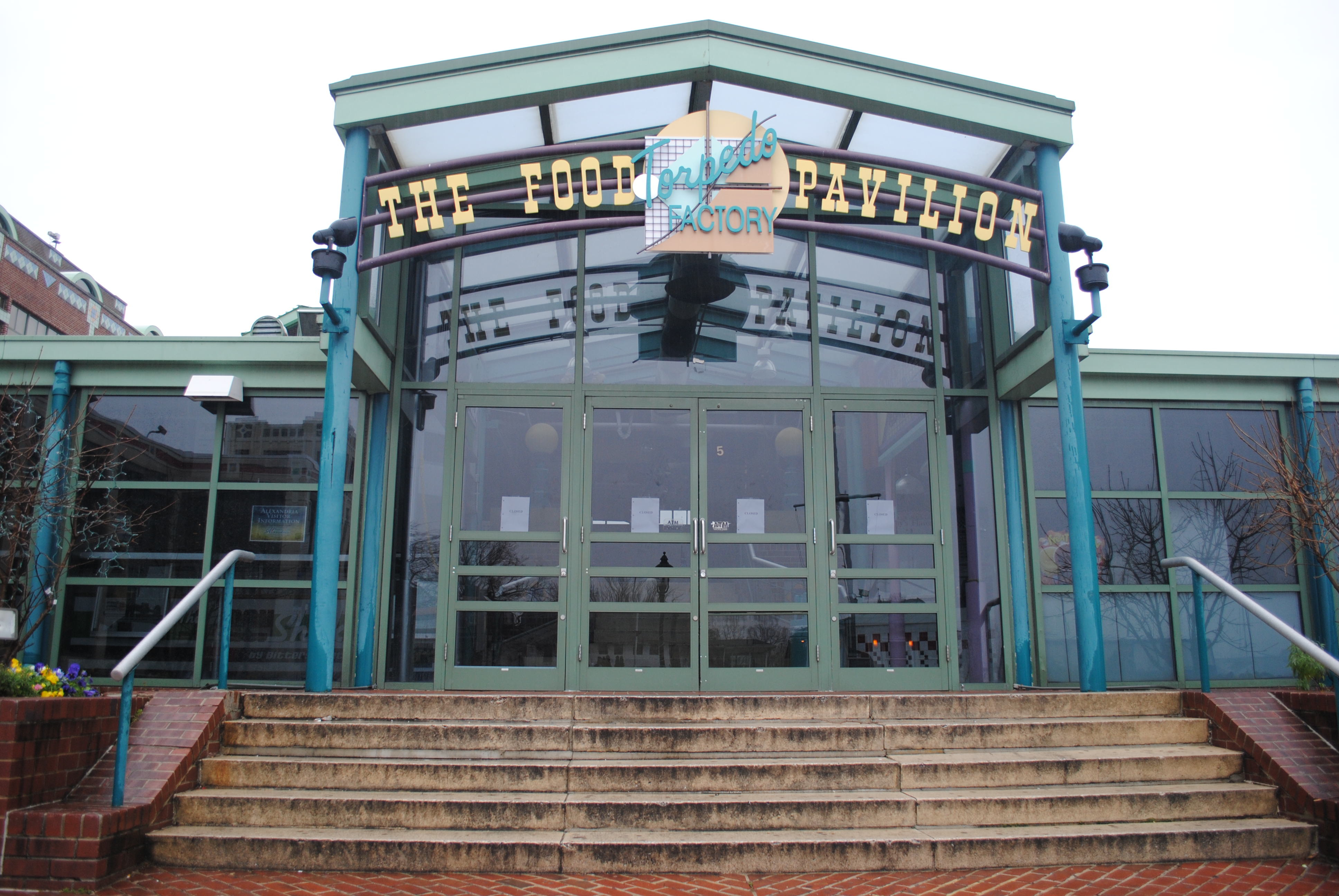 Could a new shoreline restaurant make the nearby abandoned waterfront food pavilion more attractive to potential tenants? The prospect has got local economic experts hopeful.

Once home to an unsuccessful food court, the pavilion — adjacent to the Torpedo Factory and Chart House Restaurant — has sat empty since December 2011. That’s when the property’s lessee, RealCo Group, forced out tenants in the hopes of enticing a more viable occupant.

Alexandria’s top planners — City Hall owns the property — were excited at the idea of a new tenant. Deputy Planning Director Barbara Ross described the move as “a wonderful opportunity for the city to have something vibrant down there” at the time.

But the building has remained shuttered despite attempts by RealCo, which has hired a real estate company to head up the search, to lure in a new tenant. The challenges are many and multifaceted, said Christina Mindrup, of the Alexandria Economic Development Partnership.

She points to the size of the roughly 10,000-square-foot building, proximity to Chart House, and potential for needed retrofitting and renovations as obstacles.

“Whoever goes in there needs a long-, a very long-term lease because there’s going to be a lot of infrastructure work necessary to retrofit the building,” Mindrup said. “[RealCo doesn’t] want a retailer; they want a single restaurant with a locally or nationally recognizable name.”

RealCo’s search may get a leg up from local restaurateur Jody Manor, owner of the popular Bittersweet Cafe. The Old Town businessman’s latest project, the Waterfront Market, is slated to head before the planning commission next week.

According to documents filed with City Hall, the market will move into the space occupied by Alexandria’s archaeology office. Boasting indoor and outdoor seating, the restaurant will look like a “ship’s store” while offering food and drink to tourists and residents.

The idea, according to the special-use permit application, is creating a welcoming environment and adding to the vibrancy of the waterfront. City staff supports the project, said Joanna Anderson, acting deputy director for land use.

Mindrup believes the project, if approved, would fit in with the city’s overall strategy for transforming the shoreline into a hub of activity. And by drawing more visitors to the waterfront, Manor’s project could aid RealCo — which holds the lease on that property as well — in finding a tenant for the pavilion.

“The city and many people feel that Jody’s commitment is going to bring people to that area,” Mindrup said. “It’s not bringing just tourists but also community people down there to enjoy the waterfront.”

Manor’s market, if successful, could boost City Hall’s efforts to paint the waterfront as a more attractive place for major restaurants. Officials already have improved signage to the shoreline and are working on ways to make the pavilion more appealing, such as allowing outdoor seating or striking a valet parking deal with a nearby business, Mindrup said.

In the end, though, it comes back to the size of the building, she said. Finding a tenant will not be a quick-and-easy affair.

“They have two or three prospects that they have proposals out to,” Mindrup said. “They’re working very diligently, but a restaurant of that size is not going to lease quickly.”