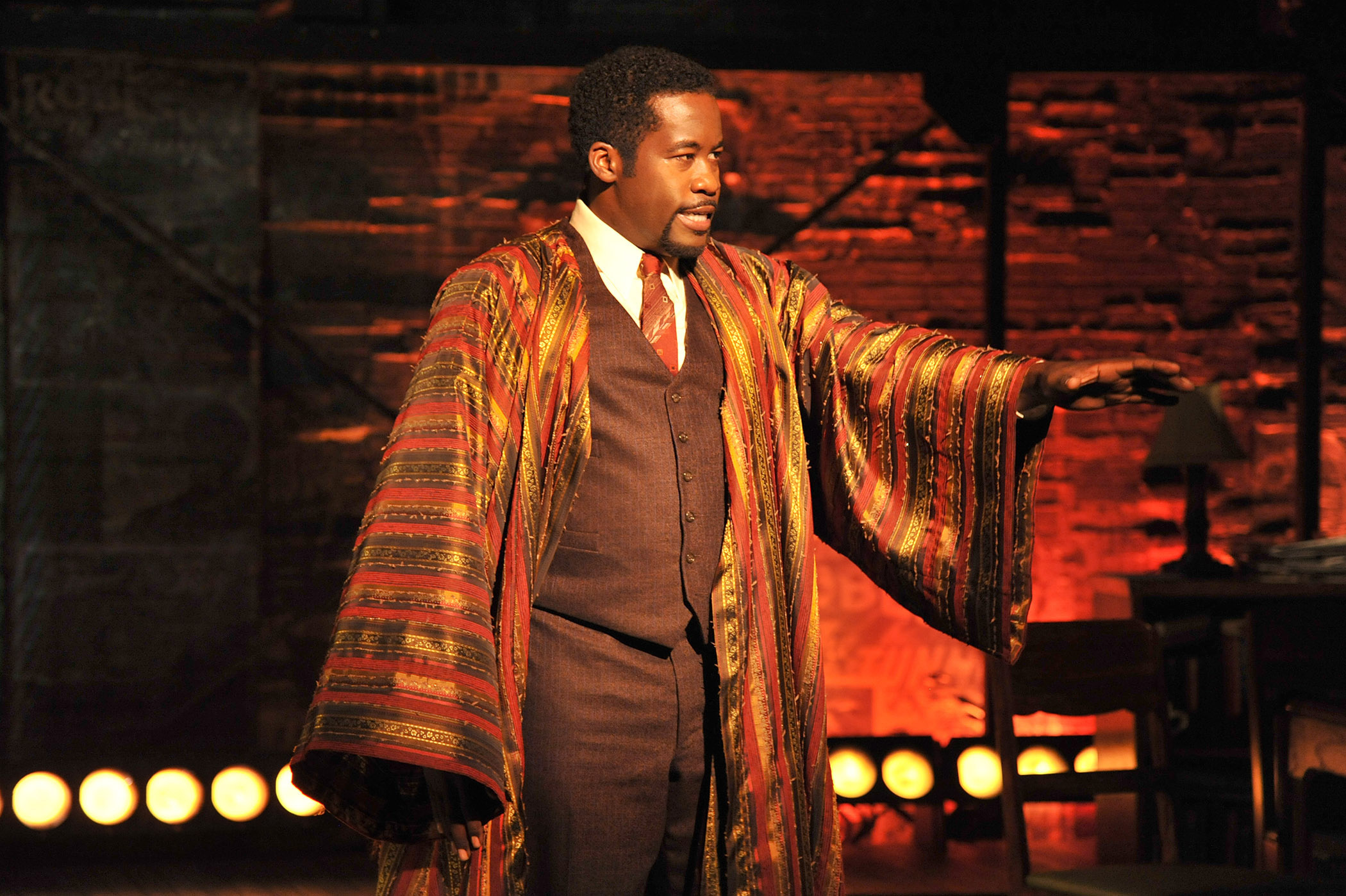 Many of you will not recognize the name Paul Robeson. And if you’re among those racking your brain, you can thank J. Edgar Hoover.

The formidable former FBI director did everything in his considerable power to erase the memory of this brilliant performer in the American conscious. In Arena Stage’s latest production, “The Tallest Tree in the Forest,” it becomes very clear as to why one of our once most-lauded black icons is remembered by so few.

For actor and playwright Daniel Beaty, honoring the history and legacy of Robeson has become a mission. For director Moises Kaufman, who originally commissioned this one-man show, its page-to-stage reality is a dream come true.

As the show opens, Beaty enters from the top of what appears to be a backstage fire escape leading down to a simply dressed stage. He is singing “Ol’ Man River,” the great ballad penned by Jerome Kern and Oscar Hammerstein for “Show Boat,” the iconic production that served as Robeson’s Broadway debut.

Beaty’s voice is a rich bass-baritone, deeply etched with emotion and suffering, a true reflection of the artist. Twelve more songs follow, echoing the highlights of Robeson’s life and career.

Robeson was a big man in every way. Famous educator and civil rights leader Mary McLeod Bethune once referred to him as “the tallest tree in the forest,” and it stuck. Well respected as a stage and screen performer, he also was known as a scholar, athlete and political activist.

To his enemies, though, he was a firebrand.

Friends with connections to show business led him to a life on the stage. And there he might have stayed, if not for his commitment to use his celebrity to fight for human rights.

His experiences put him in solidarity with the oppressed. They found a sympathetic voice in Robeson, who had been valedictorian of his class at Rutgers University, where he was their first black graduate. The outspoken student later received a law degree from Columbia Law School.

Later, through his worldwide concert tours, he used his influence to rally for social change wherever he went.

Robeson often referred to his time in the Soviet Union, where he recalled seeing blacks, Jews and Chinese working together under communism. There, he claimed to have experienced real freedom: “Here, I am not a Negro but a human being for the first time in my life,” he would say.

This production’s score — played by pianist and conductor Kenny J. Seymour, who is backed by two musicians juggling multiple instruments — is rich with meaning and the history of black America’s struggle. “Go Down Moses,” “Battle of Jericho” and other powerful spirituals echo the pre-civil rights era and serve to highlight Robeson’s life and times.

When he brought his experiences and idealism back to America in the early 1950s, he came up hard against Hoover and McCarthyism during the Red Scare, a repressive movement that gained steam in tandem with Robeson’s powerful ascent as an activist and performer. Outspoken and fearless, he was branded a traitor.

Ultimately, it was his unapologetic stance at the House Un-American Activities Committee’s trials that blacklisted him. The act destroyed his reputation and cost him his career.

“The artist must take sides. He must elect to fight for freedom or for slavery,” he had declared.

Beaty plays 40 different roles in this riveting production, segueing effortlessly from male to female, black to white, young to old, and American to foreigner to imitate Robeson’s family, friends and considerable enemies. Told through sketches and vignettes, the events that shaped Robeson’s life and career are accentuated by projections from actual newsreels of the day.

You’ll revel in Beaty’s Robeson, as complicated and vibrant and larger-than-life as the man himself.