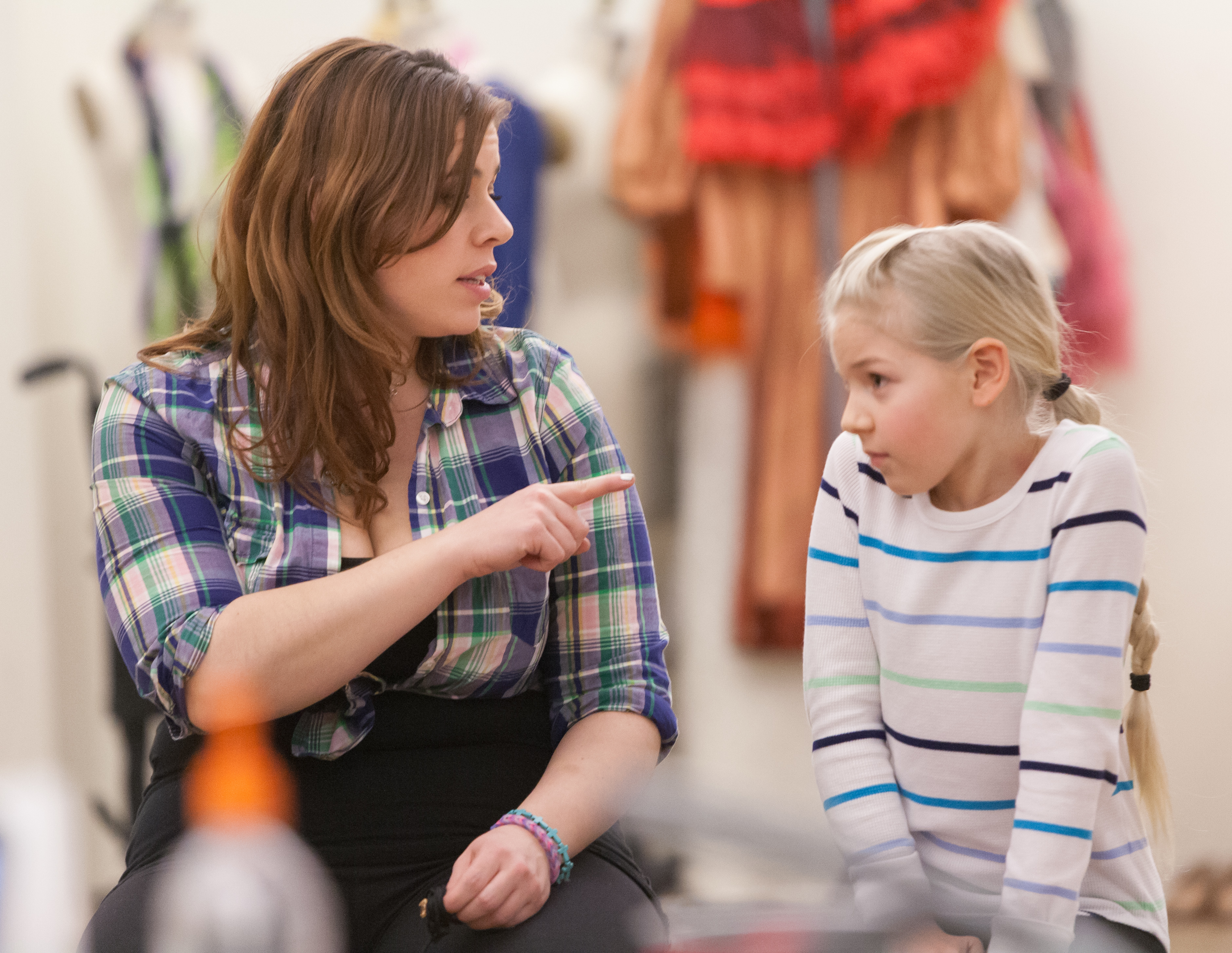 Signature Theatre’s world premiere of “Beaches” opens with a bang, but quickly fizzles — a production too ambitious to stay afloat.

Presley Ryan, fresh off her appearance on NBC’s “The Sound of Music Live!” alongside Carrie Underwood, plays Little Cee Cee, the precocious child who would become a big star. Ryan gets the show off to a rollicking start with her version of “What A Star,” an electrifying song-and-dance routine worthy of Shirley Temple in her heyday.

Ryan’s got megawatt energy and sass galore. The show hits new heights whenever she’s on stage.

“Beaches” is based on the novel by Iris Rainer Dart, who also wrote the lyrics for the two-and-a-half-hour musical — collaborating with composer David Austin and scriptwriter Thom Thomas to bring her story to the stage. As you may recall, the film version starring Bette Midler and Barbara Hershey was a huge hit, and its anthem, “Wind Beneath My Wings,” sent Midler’s career into the stratosphere.

That this interpretation is overly long and poorly written — think awkwardly contrived rhymes and disjointed character segues — is only partially the fault of the writers. There is just too much crammed into one show.

It is most assuredly not the fault of the performers, who sing and act flawlessly. Nor is costume designer Frank Labovitz to blame, as his creations are positively brilliant. And it’s not the fault of the story, a tender tale of true friendship between two women who couldn’t be more dissimilar.

Cee Cee and Bertie become best friends when Young Bertie (played by Brooklyn Shuck) is lost on the beach in Atlantic City, N.J. The foul-mouthed Cee Cee — “If ya call me Cecelia, I’ll punch you in the mouth!” — convinces Bertie, against her mother’s strict orders, to dip her toes into the sea. But the bonds forged on the Jersey shore are tested when Cee Cee brings the sheltered Bertie into the fast and furious world of show business.

Six different actors portray our protagonists from childhood to teenagers through womanhood. Although “Beaches” is set in locations from Atlantic City to Miami to California’s Carmel, the production oddly eschews sand and water. There only is one early scene where mottled lighting at the edge of the stage signifies water.

But worse still are the show’s lackluster lyrics. Some of the 24 songs featured in the production are as unquotable as they are strained.

I thought I was watching a bad episode of the canceled TV show “Smash.” Not to be a spoiler, but in this story Bertie comes back to life in an eye-roller of a duet, “God Gave You Me,” a ballad that stretches all credulity.

Still, there is some fine acting and singing. Alysha Umphress shines as the grownup Cee Cee, and her exceptionally beautiful voice and arresting presence are very memorable.

But aside from the terrific cast, “Beaches” needs a lot of work before it sees the lights of Broadway.