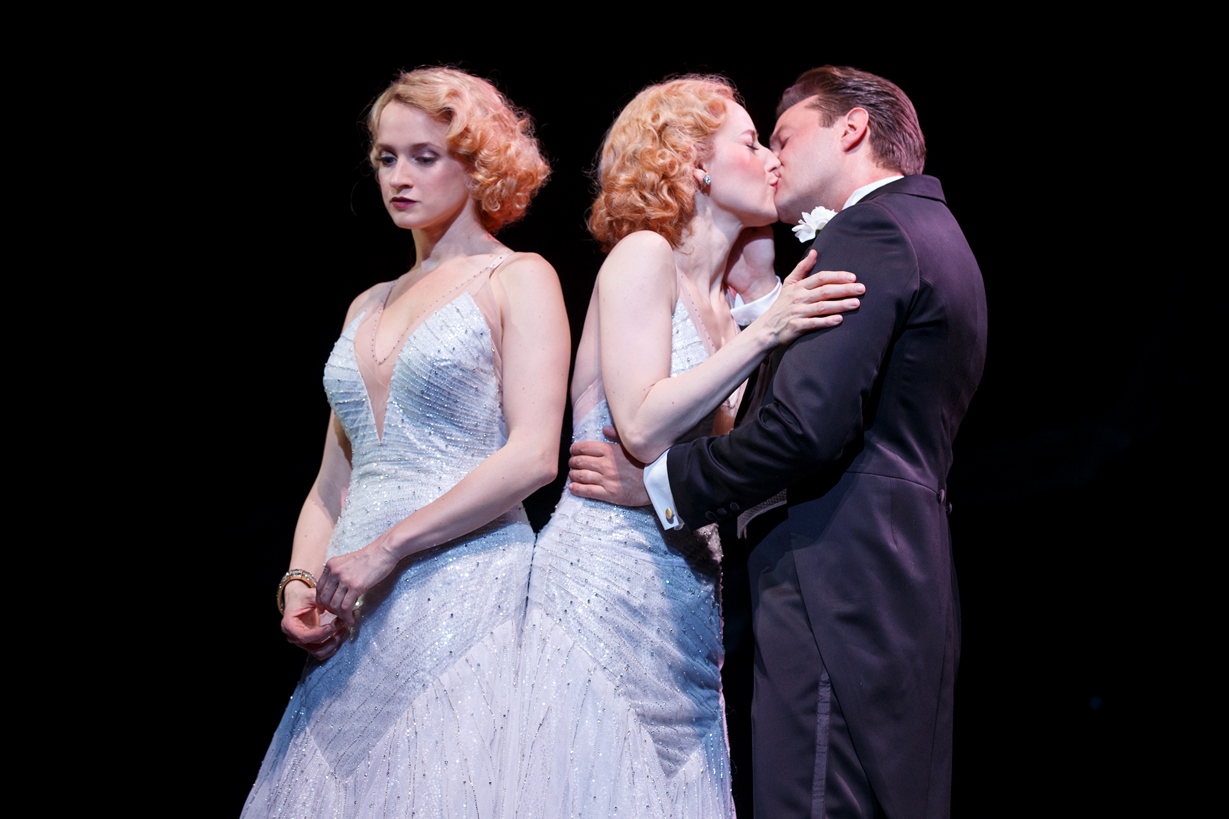 Until the late 19th century, well before the present age of political correctness, viewing human oddities was seen as an acceptable form of entertainment.

Traveling freak shows, pop-up circuses and dime museums were part of our culture. People would be enthralled by such acts as a pinheaded man, a giant, or an individual with extra appendages. Midgets Chang and Eng and Jo-Jo the Dog-Faced Boy were headliners, as were the “Siamese” twins Daisy and Violet Hilton, in an act known as the Hilton Sisters.

Director Bill Condon brings that bizarre era of American show business back to life in “Side Show” at the John F. Kennedy Center for the Performing Arts.

Beautifully directed (Condon is the Oscar-winning screenwriter of “Gods and Monsters”) featuring gorgeous music by Grammy Award-winning composer Henry Krieger of “Dreamgirls” fame and a touching story by veteran Broadway lyricist Bill Russell, this musical drama is a look into an “odditorium” where a tattooed lady with a propensity for dining on live chickens shares stage space with a three-legged man, a cannibal king, a lizard man and a dozen other exotic creatures.

The story opens in Texas during the Great Depression, where our protagonists — the aforementioned Hilton Sisters — lead a dismal life performing in a San Antonio tent show with other “freaks.” Handsome talent scout Terry Connor (Ryan Silverman) discovers the girls, and offers his credentials along with his partner Buddy Foster (Matthew Hydzik) in the jaunty and pun-laden tune, “Very Well Connected.”

The song is one of 24 smashing tunes created by Krieger.

The entire cast is a marvel. Many of the actors play up to eight separate roles, led by the joined-at-the-hip Hiltons, performed spectacularly by Erin Davie as Violet and Emily Padgett as Daisy. Matching each other stride for stride, they dance, duet and, in one hilarious scene, play a mock tennis match.

The only thing they don’t do together is fall in love.

Robert Joy soars in the role of the archetypal slime ball, Sir, the sideshow’s manager, as does David St. Louis, who plays Sir’s compassionate assistant Jake. St. Louis’ commanding bass-baritone vocals in “You Should be Loved,” moves earth and sky.

The show’s creative team includes three-time Helen Hayes Award-winner Paul Tazewell, whose imaginative costumes span half a century, taking us from the twins’ Dickensian upbringing to Chicago’s Orpheum Theatre and the glitz and glamour of Hollywood where they become the toast of the town.

Paul Kieve, whose stage and film illusions are legendary, dramatizes one of the most memorable scenes of the production when Javier Ignacio, performing a breathtaking illusion as Harry Houdini, sings “All in the Mind” in his haunting three-octave voice. I wished his was more than a cameo role.

Completing the illusion are famed special effects and prosthetics designers Dave and Lou Elsey, who devised creatures for both “Star Wars” and “Where the Wild Things Are.” It all comes together to whisk us back to a period where “freaks” stole the show.