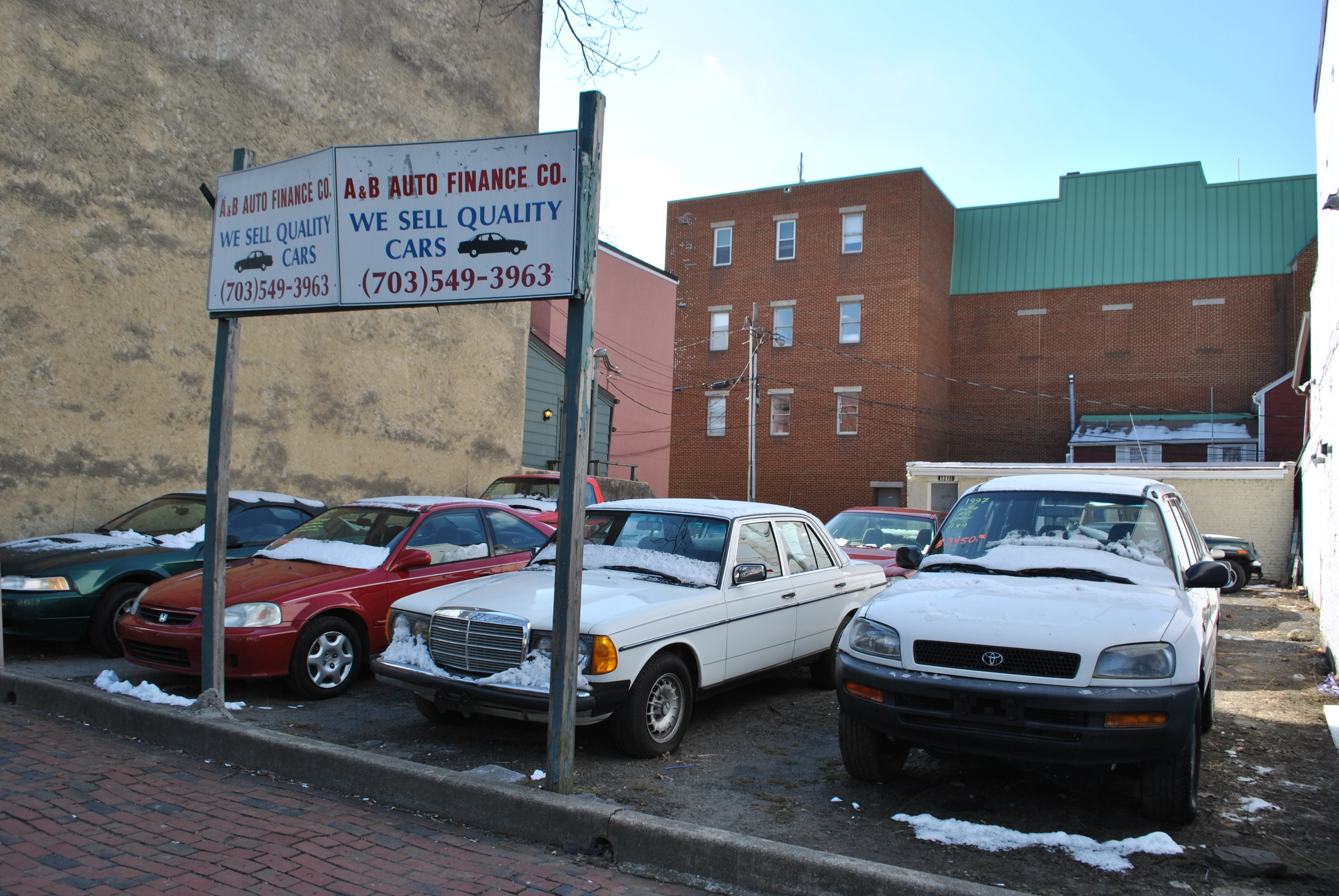 In March 2014, city councilors gave the owner of A&B Auto Finance Co. one last chance. He had six months to wrap up operations and find a new site for his used car dealership, or the city would end its operating permits.

But at a council hearing last weekend, councilors had changed their tune, approving an additional 18-month extension of the dealership’s permits in light of a new property owner who wants to redevelop the lot.

In 2005, Alexandria officials voted to phase out car dealerships in Old Town as part of a vision for a more retail-centric King Street. Car sellers initially were given until the end of 2013 to find locations elsewhere.

In part because of council’s previous directives for the property, the city planning commission recommended the latest extension request —three years — be denied. But since new owner John O’Shaughnessy, who also owns O’Shaughnessy’s Pub next door, said he was committed to finding a new use for the property, councilors struggled to find a compromise.

Vice Mayor Allison Silberberg initially suggested council agree to the full three-year extension. But City Councilor Justin Wilson said officials must set a series of milestones for O’Shaughnessy to meet as a condition for approval.

“I understand the intricacies of trying to piece together a redevelopment package and the timing of that, with the desire to obtain income form the property in the meantime,” Wilson said. “But we need to figure out a way to more aggressively link the pace and sequencing of redevelopment with this extension.”

City Councilor Tim Lovain said simply cutting the length of the extension could similarly push the owner to develop a new plan for the lot.

“I think having a shorter time frame could serve the same purpose,” he said. “That would strongly encourage the new property owner to get moving on the redevelopment efforts. With three years, he might be inclined to take his time, whereas he might use a shorter time frame if he realizes he could be losing rent.”

After deliberating, councilors came up with an 18-month extension for the car dealer, with a check-in by city staff to update officials on the progress of new plans in nine months. Council voted 6-1 in favor of the extension.

But City Councilor Paul Smedberg, who cast the lone dissenting vote, said he could not support the measure, given the forceful “last chance” tone of last year’s extension.

“We sent a very clear message for more than a decade,” he said. “This use is totally incompatible with where the city is heading. That’s the message we sent. It’s not just something new; it’s something we’ve been moving toward for a decade. There were other dealerships — larger dealerships — on King Street, but they went away.”