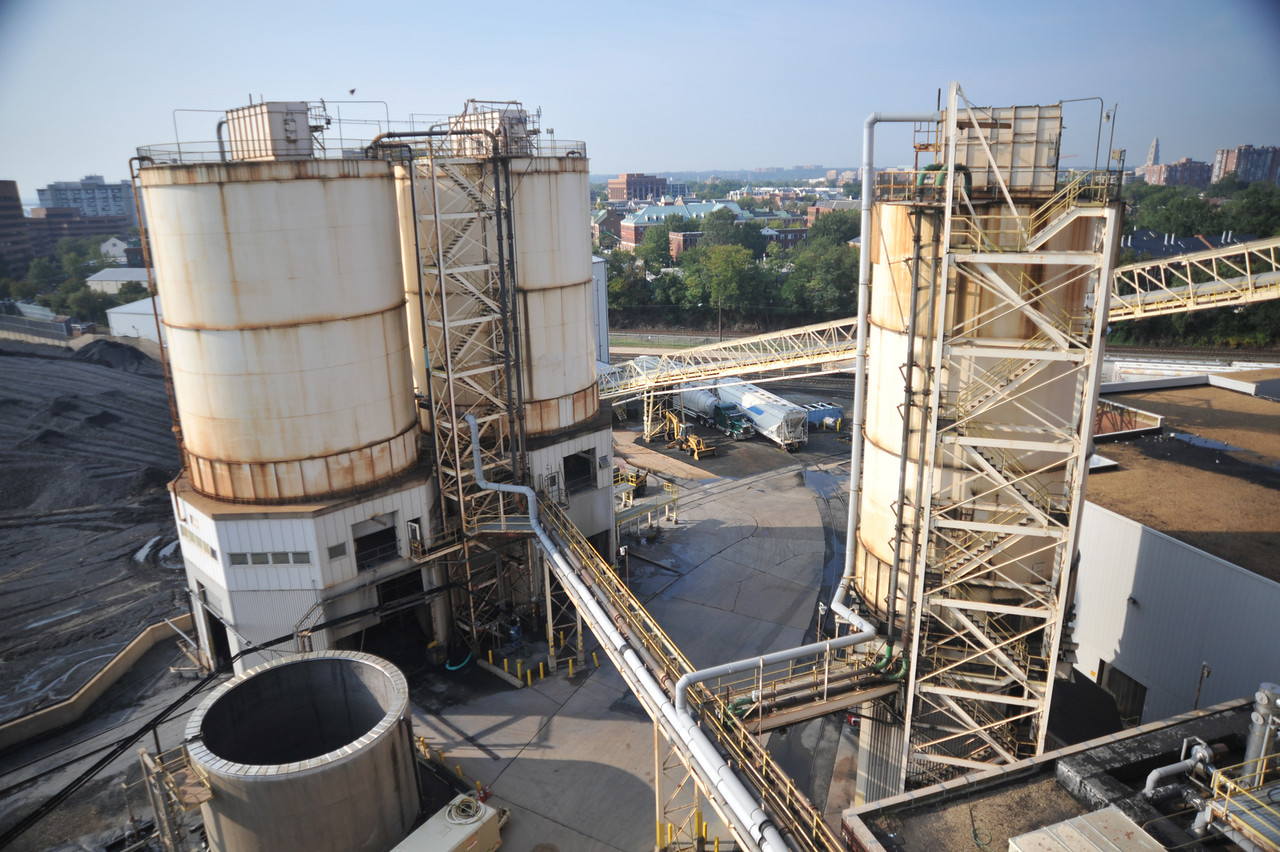 The planned cleanup of two leaking underground oil storage tanks at the former GenOn coal-fired power plant in North Old Town reached a vital stage last month as the proposed Corrective Action Plan was approved with some additional requirements and clarifications requested by the Virginia Department of Environmental Quality.

In a letter to NRG, the plant’s current owner, dated March 17, Randy Chapman, environmental manager of remediation at VDEQ, granted preliminary approval for the plan but suggested seven additions that, if implemented, would grant it a full endorsement. As well as several amendments to the cleanup process, VDEQ urges NRG to work closely with city officials, the National Park Service and the D.C. Department of the Environment to ensure the effort satisfies every stakeholder in the area.

For the city’s part part, Bill Skrabak, deputy director of the city department of transportation and environmental services, responded to the plan in his own letter in February.

In it, the city expresses its support for the remediation plan and its desire to see the cleanup proposal address future land use at the site and how it would change if officials updated the property’s zoning. Currently, Old Town North is slated for redevelopment into a mix of commercial and residential uses, and Skrabak was encouraged to see that state officials echoed this recommendation to NRG in their own correspondence.

“We always knew, it’s not a matter of if this site will redevelop, it’s just a matter of when,” Skrabak said in an interview. “Therefore, what we didn’t want to have happen is theoretically they go through the process and halfway through it, they have a cleanup standard that’s great for a former industrial site but it may not be good enough for a future residential site, for example.

“[So] when the time is right, and the site does come to be redeveloped, there’s a whole different group of exposures that are much more conservative for residential, so we wanted to make sure that the state would — and again the technology may not change — but they may end up requiring more monitoring or something else. Or, it’s quite possible when the site redevelops, the remediation plan may be significantly altered because they’re probably going to remove a good portion of the contaminated soil.”

City councilors also were pleased to see the question of how to adjust for future land use be presented as a requirement by the state body, given that it is something they are keen to move forward with in the coming years.

“I think it was vitally important, because there’s a real opportunity to move ahead,” said City Councilor Paul Smedberg. “The neighbors up there in particular and the Old Town community want to see a good development there, something that’s going to be integrated into the existing neighborhood.

“There are also opportunities for some additional green space and green space uses up there, and it’s obviously a marquee piece of property that we want to develop right. I think one step we took towards that was making clear that some of the zoning requirements and regulations that we modified recently were put in place to help guide and dictate to the best of our abilities what buildings and structures would look like, not only for the surrounding neighborhood, but also because of its proximity to the George Washington Parkway and the entrance to the city.”

The 25,000-gallon tanks were filled with concrete in February 2013 as part of the plant’s deactivation process. But investigators discovered liquid and dissolved hydrocarbons — pollutants — at the site in April of that year and began to conduct more tests to discover the extent of the problem.

Liquid hydrocarbons were found in the area immediately next to the tanks, while other hydrocarbons were found mixed with groundwater nearby and along the edge of the river. With that in mind, NRG proposed to extract the deposits and to inject air into the ground to encourage the natural breakdown of pollutants in a process expected to take approximately three years.

Since that discovery, and in keeping with the desire for transparency and public dialogue on the cleanup, regulators and the utility held a public meeting at City Hall in February to discuss the plan and to allow residents to give feedback. Skrabak noted that such a meeting is usually rare for this kind of project, but it shows that the city and the other stakeholders are working hard to ensure the process is as equitable as possible.

“One of the main things the city did was we requested the public meeting,” he said. “Normally, 95 out of 100 of these types of things, they publish it in the newspaper but there’s no actual public meeting. Because of the interest in this site and the variety of stakeholders, it was actually at the city’s request that Virginia DEQ held a public information meeting on the proposed CAP.

“I think by ensuring at least one extra opportunity for people to instead of just reviewing things in writing but hear from Virginia DEQ and NRG directly, provided a greater opportunity for the different stakeholders to at least understand what the proposal was and submit any comments they felt appropriate.”

The proposed corrective actions for the leaking tanks are designed to remove the pollutants from the immediate area as well as along the property line. In shallow water near the tanks, a process called total phase extraction will remove any solid or liquid hydrocarbons, while deeper water first will be pumped to recover unmixed pollutants. Afterward, officials will stimulate the natural breakdown of remaining pollutants through a process known as air sparging or biosparging.

Air sparging is a technology that involves injecting clean air into the contaminated ground, making hydrocarbons shift into a gas-like state that can be vented away. NRG also will use the process treat groundwater before it enters the Potomac River and the neighboring National Park Service property.

Under the terms of the plan, NRG must submit an implementation monitoring report to state regulators by April 27. Skrabak said he assumes the company will meet that deadline, although he had not spoken with NRG representatives recently about the document.