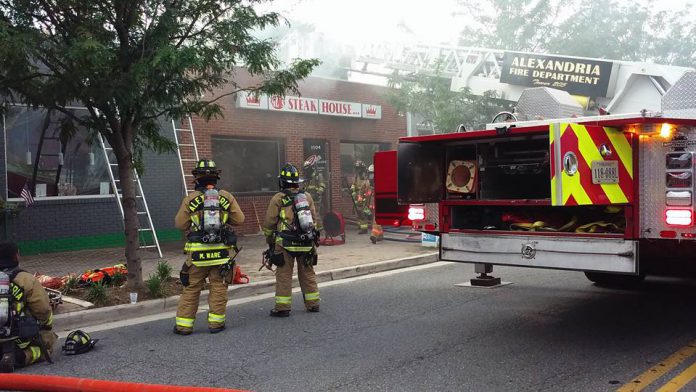 With our country grappling with issues of race, gun violence and political divisions, acts of compassion serve as balm on our collective wounds. Kindnesses — large and small — add up, and they are the best antidote to discord.

This is why it was so affirming to see Del Ray business leaders react swiftly and sympathetically last week after a fire caused extensive damage to neighborhood institution Al’s Steak House on the very day it reopened.

Fellow Del Ray restaurateurs Mike Anderson and Bill Blackburn acted quickly to organize a fundraiser, slated for tonight at Holy Cow at 2312 Mount Vernon Ave., to help the new owners of Al’s Steak House recoup and rebuild. They have also set up a GoFundMe page.

Anderson and Blackburn could have merely mouthed condolences without taking action. After all, one fewer restaurant on The Avenue could be viewed as less competition for their businesses, Holy Cow and Pork Barrel BBQ. But instead of selfishness, they reacted with empathy.

Al’s had been in the same location on Mount Vernon Avenue for more than 60 years, but its future was cast into doubt last fall after the death of John Severson, who had owned Al’s since the 1960s. The institution was rescued when the Breeding family, longtime patrons of Al’s, bought the restaurant.

The Breedings did some repairs before reopening, meaning they have lost the money they just put into the eatery, and they will be without revenue during the estimated four to six months it will take to eradicate damage from the fire.

While acts of generosity are often not so visible, they are a part of our city’s fabric. Churches and book groups rally around members who are sick, bringing in meals to affected families. Community service is ingrained in both our public and private schools, teaching our children from a young age the value of giving.

Alexandrians this year again donated more than $1 million to local charities in a 24-hour period through ACT for Alexandria’s annual fundraiser. Thousands of city residents volunteer at local nonprofits on their own and through Volunteer Alexandria.

We are, in short, a giving community that is known for its generosity.

But sometimes, it’s helpful for generosity to be on public display too, so that virtue can compete with the strife that so dominates our consciousness these days. Perhaps, like in “The Many Adventures of Winnie the Pooh,” we need to have more hero parties.

Yes, we should all be doing what we can to solve the big picture problems that are behind this season of national strife. But the smaller, compassionate actions that we take as part of our daily lives matter too. Kudos to the Del Ray community for rallying around Al’s Steak House. We look forward to the grand re- reopening.