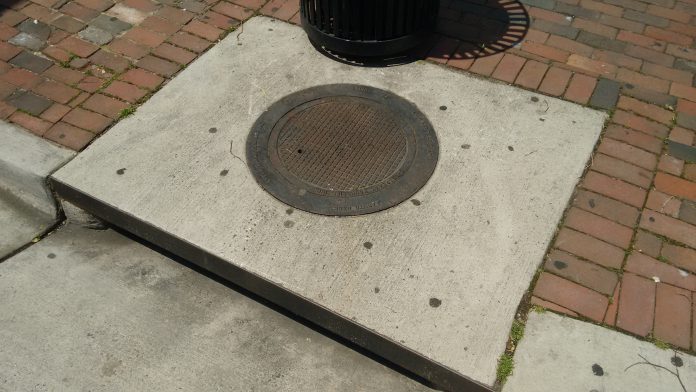 City councilors fumed Tuesday night to their delegation to the Virginia General Assembly about the legislature’s approval of a measure that would impose a deadline of 2025 for completion of upgrades to Alexandria’s sewer outfalls.

Passed on the final day of the legislative session Saturday, the bill requires Alexandria to begin construction on upgrades to all four of its sewer outfalls into the Potomac River by 2023. The bill was amended from its original form, which would have withheld all state funding to the city if it did not meet a completion deadline of 2020.

Alexandria’s combined sewer system is antiquated and over capacity, such that whenever there is a significant accumulation of rain, the outfalls spill millions of gallons of raw sewage into the Potomac River. The city last year approved plans to address the issue over the next decade, under which it would begin engineering assessments on the Oronoco Bay outfall, the last of the four, by 2026.

Under City Manager Mark Jinks’ proposed fiscal 2018 10-year capital budget, the upgrades are expected to cost nearly $400 million, and Jinks proposed a 30 percent increase in the city’s sanitary sewer fee — from $1.40 to $1.82 per thousand gallons — to help pay for the measure.

Bernie Caton, the city’s top lobbyist in Richmond, bemoaned lawmakers’ refusal to heed his concerns about the bill.

“I told them that our engineers say it’s not even possible to meet this deadline, and I showed them the money in the [proposed] budget that shows we plan to move as fast as possible on this,” he said. “But all of the talking that I did didn’t affect anything.”

Mayor Allison Silberberg said it is frustrating to have such a deadline imposed on the project after working for years in good faith to implement the upgrades.

“We’re all environmentalists, we all want to get this done and do it right,” she said. “But it becomes a question of what is realistic in terms of the timeframe.”

Vice Mayor Justin Wilson echoed that sentiment, and suggested the measure actually could impede the city’s ability to actually make the required improvements.

“Frankly, this might undermine our efforts to reduce pollution,” he said. “It will force us to redo all our plans and effectively could slow us down. We had a calm approach, but now we have to take a chaotic approach to meet this impossible deadline.”

And City Councilor Paul Smedberg expressed fears that the new deadline might affect the city’s ability to secure quality financing for the project.

“City staff has been working with [the Virginia Department of Environmental Quality] all along,” he said. “This is not just another nuisance law aimed at slapping down a jurisdiction. The fact is this has huge logistical and financial implications.”

Gov. Terry McAuliffe (D) has a month to review all bills passed by the General Assembly before submitting amendments or vetoes back to the legislature for the so-called veto session.

State Senate Minority Leader Dick Saslaw (D-35) suggested the measure was a purely punitive one, and intimated that state Sen. Richard Stuart (R-28) was not interested in environmental protections, accusing Stuart’s hometown of having a “real pleasant odor” of its own. He said councilors should contact McAuliffe and his chief of staff Paul Reagan about the bill.

“Call Paul, and say, ‘Here’s where we are, we’re doing all we can to fast-track this, but we can’t do it overnight,’” Saslaw said. “In the meantime, I will talk to Paul Reagan and the governor about this too.”

“The easiest provision might be to include a line allowing VDEQ to extend the timeline, rather than fighting over a specific year [deadline],” he said. “Because this is not an issue of whether the upgrades move forward or not, it’s one of feasibility.”

And Delegate Mark Levine (D-45) said the optimal outcome, short of a full veto by McAuliffe, would be a combination of Barker’s idea and pushing back the deadline.

“I like the solution that includes the VDEQ flexibility and adds an extension of the deadline,” Levine said. “The fact is we don’t know who will be governor in 2025 or what kind of DEQ we’ll be dealing with. The silver lining to all this is that now that this measure is imposed, it might be easier to get [state] funding. Now that everyone is aware and knows we’ll need funding, it helps our argument for funding.”