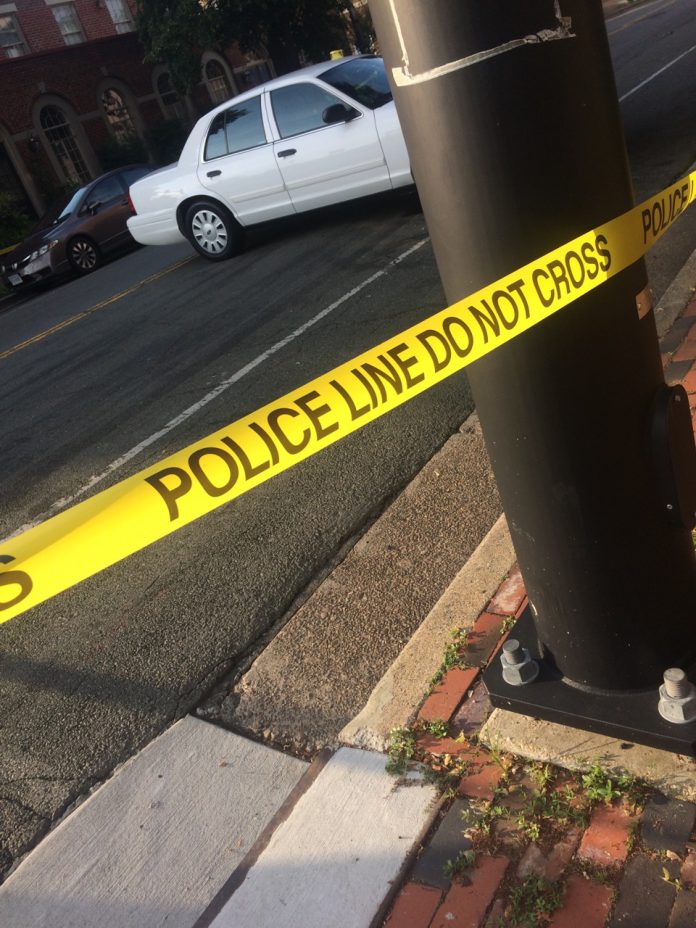 Three people were hospitalized in stable but serious condition after a 17-year-old suspect known to them allegedly opened fire on the 400 block of East Howell Avenue in Del Ray Thursday afternoon, police said.

The victims — a 19-year-old woman and two men aged 21 and 49 — suffered non life-threatening injuries, police said. The suspect, an Alexandria resident, was arrested and charged with malicious wounding, police said.

Police responded to a call for shots fired at about 12:46 p.m., according to a department news release, when they discovered the three injured victims.

Police believe the suspect shot at them as they drove down East Howell Avenue, crashing after being fired upon.

Police will not name the suspect because he or she is a juvenile.

Four Alexandria City Public Schools sites were briefly on lock-in Thursday and a police helicopter was on-scene searching for the suspect, officials said.

“A lock-in takes place if a threat is identified outside of the school or building,” according to the ACPS website.

The immediate area was closed to foot and vehicle traffic, a police spokeswoman told reporters in a press conference Thursday afternoon, as recorded and posted by ABC-7.

In response to other media reports assigning a possible motive, police tweeted shortly before 1:45 p.m. that the cause of the shooting was unknown. A police spokeswoman declined to comment further.

Alexandria Police tweeted that “This is an incident between people who knew each other, politics don’t appear to enter into it.”

Alexa Epitropoulos contributed to this report.

CORRECTION Due to a reporting error, a previous version of this story misstated the day the shooting occurred. It occurred Thursday. The Times regrets the error and the article has been updated.