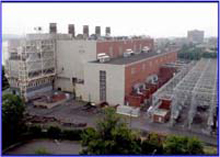 Mirant Corporation’s Potomac River power plant filed suit on Thursday against the Virginia State Air Pollution Control Board in the Circuit Court of Richmond for what it said was unlawful direction of the Virginia Department of Environmental Quality (DEQ) to issue a temporary State Operating Permit for the operation of Mirant’s Potomac River Generating Station.

Bob Driscoll, the CEO of Mirant Mid-Atlantic, said that the action was “outside the Board’s authority, arbitrary and capricious, not supported by the record, and in violation of due process.” The Air Board’s action was taken by a 3-2 vote immediately following hearings on May 22 and 23.

“It is clear that the three members of the Air Board who voted to order DEQ to issue this temporary permit based their decision on their own personal bias against coal-burning power plants and made an unlawful attempt to delegate to the City of Alexandria the state’s authority over air quality,” Driscoll said in a statement. “The Air Board did not rely on the facts and the record that they are supposed to assess. They did not apply the laws and regulations that they are charged to uphold.”

Driscoll said the majority members of the Air Board gave Mirant no choice but to seek a legal remedy for “reasonable, lawful environmental standards” to operate the Potomac River plant. “DEQ is the agency with the expertise,” Driscoll added, saying that DEQ and Mirant agreed on a Consent Order that set emissions limits “well under” those required by law but that still allowed the plant to operate.

“DEQ stated repeatedly at the hearings before the Air Board that the Consent Order it proposed was more protective of the environment and public health than the temporary permit the Board ordered DEQ to issue,” he said. “The Air Board, which has no technical expertise, arbitrarily rejected the views of the state’s own experts and instead told them what to do.”

The Mirant Potomac River, LLC owns and operates the Potomac River Generating Station in the city. The PRGS is a coal-fired electric generating plant with a generating capacity of 482 megawatts. It is one of the largest industrial facilities in Alexandria.

Because of the age of this plant, the impacts on the local community from its emissions and its compliance record, the City Council and the community have had continued concerns about its ongoing operations.