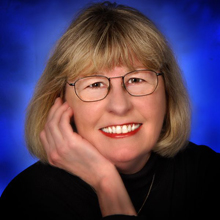 For first time novelist Suzanne Mason, writing from the heart was easy. And it showed when the Alexandria writer had her first novel published.

Her book, Be Still My Heart, takes place in Texas where the author grew up. Be Still My Heart tells of the story of Sydney Parker Ross, a female rancher who is deeply rooted to her land and to Texas itself. In contrast, the male protagonist, Jared Trent, is a land developer from Washington, D.C., who has never been rooted his entire life. When the two are brought together by a chance stable fire, sparks fly, literally.

Mason pulled a great deal of her life experience in creating this novel. “Writers are like Velcro,” she said, “and we just try to absorb everything.”

Growing up in Texas Hill country, she was aware of the intense love of land that is a characteristic of the people from that region. “They love their land down there, and they have a great appreciation for it. So I knew I would have to create a female protagonist who also had that same love of land,” said Mason.

Mason has always considered herself a writer. It has been her passion for her entire life. Whether it was a diary, a journal, or poetry, Mason has always been writing. When her only daughter left for college, Mason had a bit more time on her hands, and she thought she would try her hand at novel writing.

After a good friend who reads romance novels as much as she drinks water,” introduced her to the romantic novel genre, Mason thought she would give it a try. After completing the novel, and after working with several agents, Mason decided to publish using iUniverse, a self-publishing company that publishes more then 5,000 new titles each year.

Mason currently resides on Rosemont Avenue. She has lived in Alexandria since 1980. Besides writing, Mason also works for the Highway Watch group, which helps to keep America’s highways safe from terrorism. She hopes that one day she will be able to work full time on her writing.

Most recently, Mason has decided to work on her first novel that was never published, Amidst the Ruins. She is also in the process of thinking up a third story. “Just because a writer is staring out a window doesn’t mean they aren’t writing,” she said. While she is in the process, Be Still My Heart can be purchased through amazon.com and barnes&noble.com.