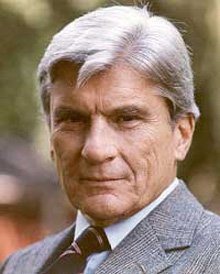 The saga surrounding whether Sen. John Warner (R-VA) will pursue a sixth Senate term continued this week, as Warner announced he is still very interested in staying in the Senate.

The 80 year-old senator said he will wait until September to make his final decision. Thats an extension from the previous spring deadline he had set.

Warner said he is in excellent health and that following an August recess in which he will take a trip with is wife and another trip to Iraq, he will decide whether he is up for what will undoubtedly be a tough campaign at 81 years-old.

Should the senator decide to run, his campaign will made more difficult by an increasingly well-funded ad campaign that pressures Republican members of Congress that are up for reelection to stand up to the president on Iraq. VoteVets.org, the same company that paid for an ad targeting Warner during the Super Bowl, revealed this week that General John Batiste, a retired major general who served in the army for 31 years through 2005 when he left Iraq, will be featured in a $500,000 ad campaign to be broadcast in Republican congressional districts, including, in Warners case, all of Virginia.

Mr. President, you did not listen, Batiste says in the television ads. You continue to pursue a failed strategy that is breaking our great Army and Marine Corps. I left the Army in protest in order to speak out. Mr. President, you have placed our nation in peril. Our only hope is that Congress will act now to protect our fighting men and women.

Meanwhile, Warner also announced that Ann Loomis, his chief of staff, will be leaving his office. Loomis has decided to take a position as a federal lobbyist for, and this name should sound familiar, Dominion Resources Incorporated. L. Carter Cornick, a former Warner aide, will take over for Loomis. Carter is currently at the Department of Housing and Urban Development.

Kassidy McDonald - September 29, 2022
By Kassidy McDonald │kmcdonal[email protected] In the City of Alexandria, there are plenty of ways – and reasons – to celebrate National Hispanic Heritage Month, a...