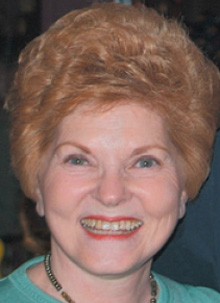 The Alexandria City Council passed a resolution Tuesday night notifying the local Circuit Court of a vacancy that was created by Vice Mayor Andrew Macdonalds resignation. Council asked the Court to set a special election for July 17 so that the vacancy can be filled. Council also elected Redella S. Del Pepper to replace Macdonald as vice mayor.

Ms. Pepper was the next highest vote-getter and, by tradition, is entitled to this honor; but there are other reasons why she should be elected, said Councilman Rob Krupicka, who made the motion. She represents us ably at so many community events that many of us cannot attend and her long career of service to Alexandria gives her a special connection to our residents.

Now, both political Parties will begin the process of first nominating and then selecting a candidate.

The Republicans
The Republicans are first up, with a Party canvas scheduled for Tuesday, May 29, from 7-9 p.m. at Minnie Howard School.

We have two candidates and welcome those who would like to help us chose a nominee, said Chris Marston, chairman of the Alexandria Republican City Committee.

Those two candidates are longtime City Council member and former Vice Mayor Bill Cleveland and longtime businessman Pat Troy. Cleveland gave up his seat on City Council in 2003 to run for mayor against Bill Euille. In 2005, he ran for sheriff in Alexandria, losing to Dana Lawhorne.

Since leaving Council, Cleveland has remained involved with The Untouchables, a group for young African-American males and with the Alexandria Tutoring Consortium.

Pat Troy is the owner of Pat Troys Irelands Own Restaurant and Pub, where he has entertained visitors for nearly three decades. He is also a member of the Board of Directors of the Alexandria Convention and Visitors Association and the organizer of the Citys St. Patricks Day parade. He has run for City Council twice before.

The Democrats
The Democrats will hold their Party caucus on June 9, with early voting at the Alexandria Democratic Committee office on June 7. Prior to that, on June 5, there will be a candidates forum where potential voters can question the candidates on various issues. The forum will be held at Minnie Howard School at 7 p.m. on Tuesday, June 5. The caucus will be held at Minnie Howard School on Saturday, June 9, from noon to 10 p.m.

The Alexandria Times will publish biographical information of these individuals in next weeks edition.

Once each Party has selected a candidate, those candidates will campaign until July 17, when the election will be held.