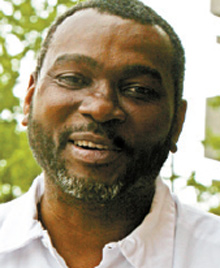 This 4th of July weekend Northern Virginia motorists will take to the roads for beach excursions, backyard picnics and patriotic partying. But don’t speed, and definitely don’t drink and drive, because hefty “abuser fees” are waiting for lead-footed motorists at the courthouse.

In Virginia, new laws go on the books next week aimed at curbing highway speeding and drinking and driving. Virginia motorists convicted of traffic violations will face a new, multi-year tax beginning July 1 with assessments of up to $3,000 in addition to an annual point tax that tops out at $700 a year for as long as the points remain.

The new so-called “driver responsibility tax” was slipped into the state’s massive transportation funding bill  by state Del. David B. Albo (R-Springfield), which was signed into law by Gov. Tim Kaine (D) in April to pay for more than $1 billion in state road improvements.

“The purpose of the civil remedial fees imposed in this section is to generate revenue [for state road improvements],” the new law states, but critics say that Albo, a senior partner in the Springfield traffic law firm of Albo & Oblon, LLP, may see a significant bump in his business as motorists seek to protect their bank accounts from the hefty traffic fines.

“I take great offense to that,” Del. Albo said Wednesday, blaming the criticism on democratic bloggers. “No moron in America is hiring Dave Albo for $1,200 to get them out of a $1,000 ticket. You never hear any criticism about teachers sitting in the General Assembly voting themselves a pay increase. They’re cuddly. Lawyers are not.”

Albo adds that lawyers have no sway over state fines. “No lawyer has jurisdiction over a DMV fee,” he said.  “This is a DMV fee, not a court fee.”

The new fines could also cause financial hardships on Virginia motorists, especially those earning below $30,000 per year, some civic activists have charged. Albo is mildly apologetic for that.

“This really sucks for someone who doesn’t make a lot of money,” he said. “But all they have to do is not break the law. The fees only apply to criminal activities of the code. But I understand how this will really be tough on some.”

Driving as little as 15 MPH over the limit on an interstate highway will now bring six license demerit points, a fine of up to $2,500, up to one year in jail, and a new mandatory $1,050 tax.

The new law also imposes an additional annual fee of up to $100 if a prior conviction leaves the motorist with a balance of eight demerit points, plus $75 for each additional point (up to $700 a year). A conviction would remain on the record for five years.

If you’re a first-time drunk driver, expect a $300 fine at the courthouse and a $2,250 fee from the state.  Driving without a license might bring a $75 fine, but definitely a $900 fee from the commonwealth.

Drivers who already have points on their licenses (speeding tickets usually earns four points) will be hit for $75 for every point above eight and $100 for having those points in the first place. Six-point convictions include such infractions as passing a school bus, failing to give a proper signal or driving with an obstructed view. The $1,050 assessment applies, but those conviction stay on a driver’s record for 11 years.  While the amount of the tax can add up, the law issued by the State Supreme Court forbids judges from reducing or suspending the state fines in any way.

“People were overwhelmingly saying ‘fix traffic problems,” Kaine said in a call-in show Tuesday on WTOP Radio. “It takes money to do it.”

The new tax applies only to Virginia residents, so that out-of-state motorists only need to pay the regular ticket amount.

Standard traffic infractions, such as low-level speeding and running a stop sign, do not carry the fees. The state courts posted the fees and eligible offenses this month.

Lesgislators like Albo and Del. Thomas D. Rust (R-Fairfax), the co-sponsor of the fee legislation, say that as much as $65 million to $120 million will be raised annually to cover roadway improvements and other maintenance issues like pothole repair, snow plowing and grass-mowing.

In Virginia, drivers can pay the fee in installments over a three year period. After the first third is levied and paid at the courthouse, the other two are expected to be billed by the state Department of Motor Vehicles.

Other new driver laws are aimed squarely at underage drinking and driving. One widely broadens an old one and makes it illegal for someone to provide or assist in providing someone under the age of 21 with alcohol. It also makes it a misdemeanor for someone underage to drink or attempt to drink any alcoholic beverages.

The other law increases the penalty for a person who purchases, provides or assist in proving alcohol to someone who is underage. Beyond the penalties set in court, the law now says anyone found guilty can have his driver’s license suspended for up to a year.