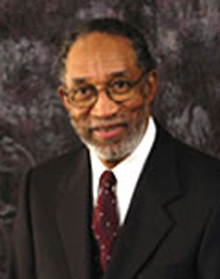 For Robert L. Wright, a former optometrist turned entrepreneur, starting an African-American owned business with three people in Alexandria 22 years ago has become a sweet proposition.

Last week, his company,  Dimensions International, a defense logistics company based in Alexandria’s Eisenhower Valley, was sold to Honeywell Inc. for $230 million.

As the company’s founder and chairman emeritus, Wright, started Dimensions as a three-person operation in 1985 and grew it to sales last year of $174 million. The information technology and engineering firm currently has about 30 offices and 1,200 employees worldwide, providing logistical support for the U.S. military and other U.S. defense agencies around the world. Its Sentel and Flight Explorer subsidiaries are not part of the acquisition and are now stand-alone companies.

Wright, a former practicing optometrist, stepped down as chairman in March 2003 to make room at the top for his son, Russell T. Wright, who was named chairman and CEO after having been with the company for 14 years. Both declined interviews while the sale is pending.

Wright was also formerly chair of the National Museum of African American History and formerly chaired the Sub-Saharan Africa Advisory Committee of the Export-Import Bank of the United States. He serves on the Board of Visitors of Bowie State University, Marymount University and Ohio State, his alma mater.
The younger Wright will continue to chair Sentel, a $40-million-a-year enterprise, and will also manage Honeywell’s logistics organization, according to a company spokesman.

Dimensions provides logistics support for the U.S. Army, Navy, Air Force, Marine Corps, Coast Guard and other defense agencies located at military facilities in the Middle East and throughout the world. The acquisition will be integrated into Honeywell Technology Solutions Inc., a wholly-owned subsidiary of Honeywell, to bolster the company’s field support, equipment pre-positioning, depot maintenance and vehicle repair, overhaul and up-armoring offering, Honeywell said in a statement.

“This acquisition will enable us to reach new customers, continue the growth of our defense logistics business and support efforts to reconstitute billions of dollars’ worth of worn military equipment,” Ed Wheeler, president of Honeywell Defense and Space, said in a statement.

To expedite the replacement of equipment damaged during the war in the Middle East, the Army and Marine Corps have increased maintenance capacity repair capabilities. Honeywell has been supporting these efforts in the Middle East for five years.

Flight Explorer, the Fairfax-based company which developed software that animated videos of the reconstructed flight patterns of the hijacked airliners on news programs following the 9/11 attacks, will not be sold. Wright continues to be sole owner of the $5.6-million-a-year company.

After the first crash into the World Trade Center twin towers, all 22 employees of Flight Explorer in Fairfax  began sorting through data in an effort to reconstruct the airplane’s route. During the time of the attacks 4,000 planes were in U.S. airspace, but employees quickly pinpointed the paths of the hijacked planes.