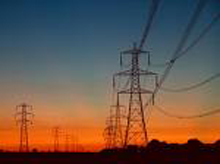 Ann Loomis, who became Warner’s chief of staff last year after 18 year as his legislative director, has joined Dominion as its director of federal government relations.  Loomis had been the senator’s principal staffer on the Senate Committee on the Environment and Public Works. Loomis reached retirement age this year, and decided to enter the private sector.

Warner, at age 80, is still debating whether to run for reelection in 2008. After putting off his decision in May, he is now vowing to announce his decision by September. If he wins and completes another term, Warner’s 36 years in the Senate would make him the longest-serving Virginian ever in that legislative body.

Loomis will be replaced by Carter Cornick, 45, of Charlottesville, who is an official at the Department of Housing and Urban Development (HUD) and who previously worked in Warner’s office. Chelsea Maxwell, 37, a Maine native who was the legislative director at the National Wildlife Federation, will serve as deputy.

Loomis’ decision to join Dominion comes at a critical juncture, as the giant utility plans to string transmission lines across the Piedmont’s placid and historic landscape. Critics of the line have recently lobbied federal regulators with impassioned narratives of how their lives would be impacted by the crackling, potentially harmful 500-kV power lines.

The Department of Energy’s Office of Electric Delivery and Energy Reliability has been seeking comment from the public on a Northeast “national interest” electric transmission corridor designation, covering a broad swath of millions of acres from New York state to Virginia, ending in the Piedmont.  Its draft National Interest Electric Transmission Corridor (NIETC) designation covers over 200 counties on the east coast, including 15 counties and seven cities in Virginia. Dominion has lobbied vigorously for the corridor.

Dominion Power gave more money and gifts to Virginia state officeholders in 2006 than any other contributor, according to the Virginia Public Access Project. Dominion bestowed $26,782 to state officials last year.

Dominion gave the most to State Senator William Wampler (R-Bristol), the chair of the Senate Commerce and Labor Committee. Wampler received a $1,537 hunting trip, three dinners and a private plane trip to Richmond from Dominion in 2006.  Wampler’s committee is currently handling legislation that will restore some state regulation to electric utility egislation that would significantly affect Dominion.

Wampler’s committee is currently handling legislation that will restore some state regulation to electric utility legislation that would significantly affect Dominion. Wampler told The Times the gifts don’t present a conflict of interest.

“I don’t see it as a conflict, I see it as a great opportunity,” Wampler said. “Anytime I have an opportunity to sit down and visit with a chief executive officer and a chairman of a board of a major Virginia company, I will take that opportunity every time.”

David Botkins, Dominion’s spokesman, reinforced Wampler’s comments by stating that their 2006 contributions are not out of the norm. “We have a very strict policy of reporting all of our lobbying expenses and everything is disclosed and in plain view,” he said.