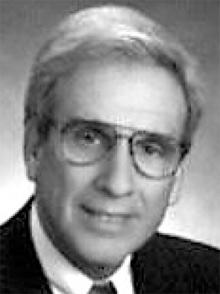 Editors Note: Individual races will be spotlighted in upcoming issues, complete with candidate profiles from all parties. Not all candidates were available at the time of this interview.

This years political season is in full swing, complete with candidate signs, mailings and forums. The two major issues for those who want to serve Alexandrians in the Virginia General Assembly are transportation and the budget.

Three delegates and two senators represent Alexandria in the General Assembly. They are all Democrats. Two of them, Del. Brian Moran (D-46) and Sen. Patsy Ticer (D-30), have no opponents this year. Third Party candidates are challenging Adam Ebbin (D-49) and Richard Saslaw (D-35) with Mark Allen the lone Republican candidate running against David Englin in the 45th District.

My opponent is the entire majority in the House of Delegates, Moran said. I have been traveling around Virginia and the Democrats have excellent candidates. We have a chance to make real gains in both the House and Senate. Taking back the majority in either is a long shot but I do think we will do well.

Because of the lack of opposition locally, Alexandrias delegation is spending a good deal of time raising money for and helping other candidates. Ebbin raised significant funds in 2005 and is continuing to assist other Democrats around Virginia.

Our goal is to elect 21 Democrats in the Senate and 51 in the House, he said. I dont know how close we will come to that goal but we have good candidates in many of the Northern Virginia races and we are optimistic, Ebbin said.
The election will be held on 5.

Issues
There simply is no money so we are going to have to concentrate on those areas that must have attention, said Sen. Ticer. We are going to have to deal with the abusive driver fees because some Circuit Courts have already declared them to be unconstitutional and are likely to do so. This was a silly way to raise revenue for transportation in the first place because if they accomplish what they were intended to accomplish, there will be no money from these fees in the near future.

Sen. Saslaw agreed. I knew they were unconstitutional when the General Assembly passed them and so did Dave Albo. Now, Gov. Kaine is going to have to issue an executive order suspending them until the Supreme Court rules. Raising the gas tax by one cent a gallon would accomplish the same thing and more, and people wouldnt really even notice, he said.

The abusive driver fees became law on July 1 and have resulted in some drivers being fined as much as $3,000 for reckless driving. The fines apply only to Virginia residents.

They apply only to Virginia residents because other states have no incentives to collect money to finance our road projects, Saslaw said.

Most incumbents feel that the remainder of the regional transportation legislation will remain the same. We have given the Northern Virginia Transportation Authority the ability to raise about $300 million a year for regional projects and they are moving forward to do that, said Moran. While that legislation could be tweaked a bit, I dont see any major changes.

Adam Ebbin agreed with Moran. The state should have taken the responsibility for providing funding for these projects but because the majority doesnt want to raise taxes, this regional package was the best we could do. Its not enough but its a start, he said.

When the 2020 Commission did its study in 2000, we needed about $2 billion dollars to meet our transportation needs, said Ticer. The money that we are raising through this regional program wont even keep up with a three-percent inflation rate. If we raise the gasoline tax by as much as five cents a gallon, we will still have one of the lower gas taxes in the country and we can begin to meet our transportation needs, she said.

The budget
Gov. Tim Kaine recently announced that the state was facing as much as a $640 million shortfall this year and has asked all departments to cut their budgets. The cause: the decline of the real estate market and its attendant decrease in tax revenue for the state and localities.

I would like to see us put some additional money into our pre-kindergarten programs and in our services to those in need of mental health services. We are still far behind where we need to be in both of these areas but we want to make certain that we dont fall even further behind. There is some talk about using the Rainy Day fund to make up some of the deficit. We will have to see what happens in November. The election will determine how we are going to meet our budgetary needs in the upcoming session, said Moran.

Ticers priorities are similar. Our payments to foster parents are deplorable and we really need to do something about that. Also, the Land Conservation Trust Fund is woefully under funded. We must fully implement Chesapeake Bay Act requirements by 2010 and we are not even close to where we should be at this point.

Ebbin will concentrate on some of the bills he introduced last year but which failed. On the positive side, Gov. Kaine has signed an executive order directing the state to plan green buildings so that legislation isnt necessary. If we are going to encourage the private sector to build green buildings, the state needs to set an example, said Ebbin.