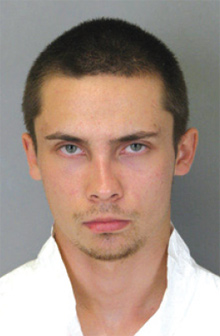 The peaceful, serene nature of Huntley Meadows Park in Fairfax County was marred by tragedy on Oct. 17 when 80-year-old Joan M. Gillinson was shot to death.

There are 425 parks in Fairfax County covering 24,000 acres of land. Since Jan. 1, 2007, there have been 84 incidents in the parks but only one assault, said Judy Pederson, spokeswoman for the Fairfax County Park Authority.

Huntley Meadows is a predominately wooded park covering 1,428 acres; two other people were in the park when the shooting occurred, said Pederson. You do have isolation, she said.

Alexandria resident Muffet Feddo visits the park occasionally, and was there one afternoon this week with a Girl Scout troop from Alexandria. Ive never been concerned for my safety, she said.

Gillinson was sitting on one of the benches along the trail that winds through the park when the shooting occurred. A dozen roses were left on a similar bench near the visitors center with a note reading, In memory of the English Lady. Well miss you.

According to the Fairfax County Police Department, the afternoon-long ordeal began Oct. 17 when police were called about 2:40 p.m. for the sound of possible gun shots in Huntley Meadows Park at 3701 Lockheed Blvd. Witnesses reported seeing a man run from the park and board a Fairfax County Connector bus. Police stopped the bus on the south end of Fordson Road near Richmond Highway. The man on the bus was armed with a gun, had blood on his shirt and refused to exit.

There were threats to harm himself, said officer Camille Neville. All passengers and the driver exited the bus safely. Richmond Highway was shut down in both directions. Police arrested Kevin Charles Kline, 18, of 12790 Cara Drive in Woodbridge and charged him with murder. A gun was recovered at the scene, Neville said.

Almost simultaneously, police, searching Huntley Meadows Park, found a deceased adult woman with trauma to the upper body, who they later identified as  Gillinson, 80, of 5902 Mount Eagle Drive #908 of Alexandria. Investigators were able to link the suspect on the bus to the murder in the park. There is no indication that Gillinson and Kline knew each other, police said.