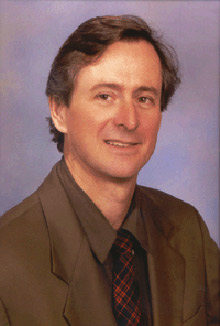 Alexandria Vice Mayor Andrew Macdonald has resigned from City Council citing personal reasons. Macdonald submitted his resignation Monday catching many by surprise, including his fellow councilmembers. It was quite a surprise, said Councilwoman Redella S. Del Pepper. We will miss his insightful comments.

I just needed a break, Macdonald said Wednesday morning. I came to the conclusion that I really needed to step back and take care of myself. I know that people will be disappointed, but I hope theyll support my decision as one I needed to make.

It was a decision, he said, which didnt happen overnight…it was many months in the making.

Macdonald said, All I can say is I did my best…I gave my 100 percent. But I couldnt continue to serve the community in the way I would have liked.

Mayor William D. Euille said he tried to convince Macdonald not to resign. We regret that Andrew is leaving City Council but we recognize that life requires that we make tough decisions, Euille said. He has served this city with distinction and his commitment to the environment and historic preservation has made this community a better place to live, work and visit. We wish him well and look forward to his continued involvement in city activities.

Compromises
Before running for City Council in 2003, Macdonald ran as an independent candidate in 2000. Although he was a Democrat, he often took positions that were not in concert with those of his colleagues.

We had a good working relationship and we all have learned to compromise, Euille said. I could always have a conversation with Mr. Macdonald and when we disagreed, we could simply agree to disagree and move on.

The previous councils had become a little arrogant, not open-minded, Macdonald said. If you dont have good people at council listening to a variety of voices from the community, the special interests can manipulate the system. This council has tried to listen more.

Macdonald said relations with other City Council members improved in his second term. Its natural that we all disagree on issues, he said. But in the second term, we all got along better and learned how to disagree politely.

Council members are paid $27,000 per year, not sufficient to live on in a city where the median income is $83,000. Financially, its crafted now for wealthy people to run and are supported by special interests, Macdonald said. If you dont make it there, you have to make it somewhere else. My mother is 95 and I think I caused her more stress than she caused me.

Independence
Alexandria Republican City Committee Chair Chris Marston valued Macdonalds independence. Of all of the members of Council, we will miss him the most, Marston said. He was always willing to listen and, if I couldnt have a Republican Council member, Andrew was the next best thing.

Susan Kellom, chair of the Alexandria Democratic Committee, learned of Macdonalds resignation on Monday night. We would like to thank Andrew for his service to the community and wish him well in the future, she said.

Macdonald was first elected to City Council in 2003 and re-elected in 2006. As the top City Council vote-getter, he became vice mayor in July of last year. This year, he was a member of the Metropolitan Washington Council of Governments Ad Hoc Task Force on Regional Water Supply Issues; the Chesapeake Bay Policy Committee; Metropolitan Washington Air Quality Committee; the Alexandria Economic Opportunities Commission; the Alexandria Library Board; the Potomac Watershed Roundtable; the Alexandria Waterfront Committee and the Woodrow Wilson Bridge Neighborhood Task Force. Before he was elected to Council, he served on the citys Environmental Policy Commission and the Cameron Station Task Force.

Next steps
The last time that a vice mayor resigned was in 1987 when Marlee Inman left to get married. In 2002, School Board member Dan Goldhaber resigned because he moved to the west coast.

City Council must notify the Alexandria Circuit Court that there is a vacancy within 15 days of Macdonalds resignation. So, on May 22, at councils next legislative meeting, they will pass a resolution to do so.

Once the court is aware of the vacancy, the chief judge will set a date for a special election, Voter Registrar Tom Parkins told City Council on Tuesday night. The court usually defers to the local electoral board and we are recommending July 17 because it falls within the 60 days from the date of a resignation that is required in the city charter. It also allows the two political parties to hold caucuses to select candidates.

Kellom is recommending that such a caucus be held on June 9. We will hold a special meeting of the Democratic Committee next week and that is what I am going to recommend because the first Saturday in June is during Memorial Day week and many people are going to be out of town, she said. If we hold the caucus on the ninth, it will still allow 30 days for absentee voting before the July 17 special election.

Marston will also hold a special meeting of the Republican Committee. I am hoping to hold our canvas on May 26, which is during Memorial Day weekend, or, at the latest, on June 2, he said.

Both Kellom and Marston have heard from people who are interested in running. Democrats who have expressed interest include Mark Feldheim, Jim Lay, Matthew Natale, Boyd Walker and Justin Wilson. Wilson is the only one who has officially announced his candidacy. On the Republican side, Marston has heard from Allison DiNardo, Bernie Schultz, Pat Troy and Townsend Van Van Fleet.

John Arundel contributed to this story.