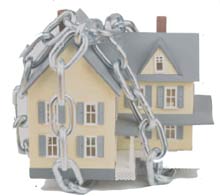 The rising rate of defaults and foreclosures continued their steep run-up in Alexandria City and Alexandria-Fairfax County in the first quarter of 2008, according to the research company Realty Trac Inc.

Grouped with the three other major cities, the Alexandria, Arlington, District area had the nation’s 22nd-highest foreclosure rate in the first quarter, with one filing for every 112 households, Realty Trac said. Virginia had the 15th-highest rate of foreclosures in the country, with one foreclosure for every 246 households.

Among major metropolitan regions, the Stockton, Calif., area had the highest rate of foreclosure activity, with one filing for every 30 households.

Elsewhere in the Washington area, the Bethesda, Frederick, Gaithersburg area had the country’s 49th-highest foreclosure rate for metro regions, with one filing for every  207 households.

Foreclosures are not only a disaster for families but also for communities, said former National Association of Realtors President Pat Vredevoogd Combs. She said that problematic loans are often made in concentrated areas, and high foreclosure rates of single-family homes can seriously threaten a neighborhoods stability and a communitys well being.

Foreclosures can lead to high vacancy rates, which in turn, can cause all homes in the neighborhood to lose value, Combs said. She said that many Realtors believe that some families dont understand the risks of taking out exotic mortgages.

Working with the Center for Responsible Lending and the Leadership Conference on Civil Rights,  Combs urged consumers to make sure they understand the risks and rewards of all types of mortgages before they make a decision on a loan.

She also advised consumers to consult with a Realtor and to participate in mortgage education programs sponsored by Realtors before they buy a home.  We are committed to helping people buy and keep the home of their dreams, and an educated consumer really can make the best decision, said Combs, a Coldwell Banker Realtor.