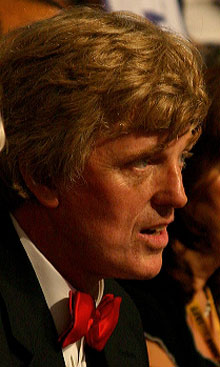 Only if you’ve been asleep could you have missed how badly Prince William County is mishandling anyone who looks Hispanic and who lives there.

Prince William County’s reaction to this Hispanic influx was nativist and manifest itself in full-throated cries of know-nothing nonsense by local elected officials who promised that they were going to take back “our community.”

The County government officials didn’t just say these terrible things; they acted, by enacting police policies to question anyone who was even suspected of being in the country illegally and jailing them if the person they “suspected” couldn’t prove he was legal.  In other words, if you looked Hispanic, you had to prove that you were legally present in the United States.

The Virginia State Advisory Committee of the U.S. Commission on Civil Rights had hearings in Prince William County and received testimony that immigrants, rightly present in the United States, were repeatedly stopped by Prince William police for no good reason and then harassed with insulting questions, and held in custody for hours until they could prove that they were legal residents.

Prince William County might have served this nation better if they had ever listened to the pledge of allegiance, particularly where we subscribe to one nation indivisible with liberty and justice for all.

This demeaning attitude toward Latinos, and its general acceptance, because we have failed as a nation to construct a workable immigration policy, has confounded the good judgment of Congressman Frank Wolf who attacked a UN emissary who was merely planning to take a look for himself at what was going on in Prince William County.

Frank travels offshore all the time to study alleged inhumane conduct rendered by other nation-states.  With all due respect, he really should take a closer look at what’s happening closer to home because what Prince William County is doing, in the name of taking back the community, is compromising the fundamental values by which we define ourselves as the land of the free and the home of the brave.

In the last few days, Police Chief Charlie T. Deane revised the police policy and bragged this “new and improved” policy was “the most stringent in the country” as it allows police officers “to make inquiries prior to arrest” about the person’s citizenship status if they have a “reasonable articulable suspicion.”

You don’t have to be a lawyer to know “reasonable articulable suspicion” is a weasel word phrase calculated to conceal and defend a questionable police practice.

The Police Chief admitted as much when he said the “new” policy “still has the strength of the old policy and is more legally defensible.”

En garde citizens of Prince William because the 500 person police force in Prince William is being trained in the “new” policy and will be implementing in a neighborhood near you this July.

Flannery is a former federal prosecutor, former Special Counsel to the Judiciary Committee for the U.S. Senate and to the U.S. House of Representatives, and he has prosecuted immigration cases, and also defended foreign nationals who have been abused by our criminal justice system; constructive comments may be forwarded to [email protected].