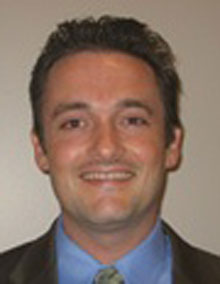 As the General Assembly prepares for a special session on transportation funding, public-private partnerships (P3s) are sure to be a major discussion point. Some officials, like House Speaker William Howell and Attorney General Bob McDonnell, will argue (correctly, in this authors estimation) that Virginia needs to be far more aggressive in its use of these privately financed infrastructure deals as a way to inject new funding into the system and accelerate the delivery of needed transportation projects statewide.

Advocates of privatization can expect pushback from opponents who routinely cite a number of myths to dull enthusiasm for highway P3s. But just last week, a prominent Virginia P3 project inadvertently helped to call one of those myths into question.

Among the most frequently voiced arguments against transportation P3s is that the public sector, with its access to tax-exempt financing, can always borrow money at lower interest rates than private sector entities. Hence, the thinking goes, the private sector will always face higher costs of capital than public sector entities that can issue tax-exempt bonds, so we should avoid privatization and continue our reliance on public-sector financing of infrastructure projects.

Heres a recent example. In response to Pennsylvania Gov. Ed Rendells proposal to lease the Pennsylvania Turnpike to private sector investor-operators, a report commissioned by the states House Democrat Caucus (opponents of the lease) cited relative costs of capital as one key reason to reject a lease and maintain the current public sector operation of the Turnpike. The authors three university finance professors estimated that the Pennsylvania Turnpike Commission can borrow at a 4.5 percent  interest rate, while a private sector concessionaire would face a significantly higher 6.65 percent  borrowing rate. Once higher returns for the concessionaires invested equity are factored in, the authors claimed that the private sector would face a weighted average cost of capital (WACC) of a whopping 7.75 percent. They concluded that the toll road operator with the lowest borrowing cost or lowest weighted average cost of capital should win every time.”

However, real-world evidence shows that this analysis is faulty and that borrowing costs can actually be quite competitive between public and private sector. In fact, TollRoadsNews.com reported last week that in the recent financial close on the I-495 Capitol Beltway High-Occupancy Toll (HOT) lanes concession, the concessionaires were able to achieve lower costs of borrowed capital than the Pennsylvania Turnpike Commission did in its most recent tax-exempt bond issuance.

Transurban, the major investor in the HOT lane project, went to financial close earlier this month on $589 million of Private Activity Bonds (40-year, tax-exempt bonds) with an average interest of 4.97 percent and $587 million in TIFIA loans at 4.45 percent for 40 years. The company calculates an overall weighted average cost of capital for the project of 4.71 percent. By contrast, in its April 2008 bond issuance, the Pennsylvania Turnpike Commission issued $177 million in tax-exempt bonds at a 4.89 percent interest rate — a rate slightly higher than the average rate for the Beltway HOT lanes financing. Clearly the professors who authored the Pennsylvania report were way off target nearly two percentage points with their estimate of private sector borrowing rates.

So, in the end, real world experience shows that the cost of capital issue is a red herring. Because private investor-operators can tap into both federal tax-exempt financing vehicles and robust global capital markets, they can structure sophisticated financial arrangements at highly competitive rates that can neutralize the public financings supposed advantages. Even though private financing could potentially incur a slightly higher cost of capital overall (once you factor in both debt and higher returns on equity invested), its important to remember what value proposition the private sector is really offering a new source of capital to supplement public funds increasingly stretched thin.

When you then add in other benefits of P3 deals — such as upfront payments to the public partner (or a share of ongoing revenues); corporate taxes paid by concessionaires; superior cost efficiency and private-sector operational expertise; requirements for capital expenditures by the concessionaire; and rigorous performance standards with financial penalties for underperformance the added value the private sector brings to the table in delivering infrastructure becomes quite clear.

If even university professors can get it wrong on a key issue like public- and private-sector borrowing rates, then it becomes critical for Commonwealth legislators to have all of the facts on the table as it considers expanding the use of transportation P3s. Given the scale of transportation investment needed to address the Commonwealths future mobility and economic needs, the sooner they engage in a substantive discussion on making P3s a higher priority, the better.