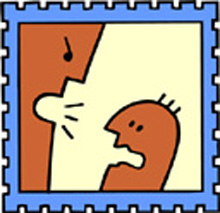 I was present at a rare historical event the evening of July 10th: the death of a bureaucracy.

The appointed members of The Northern Virginia Transportation Authority (NVTA) finally voted to put the body out of its misery. Breathe easy citizens; we have preserved our democracy from the Authoritys heavy hand. We can only hope that this vampire-like body wont rise again to suck the taxes out of your wallet.

It was not a pretty funeral. Several authority members took cheap pot shots at their opposition, most of whom were not present to defend themselves. This partisan venom was not exactly a profile in courage. (Mayor Euille was one of the few Members to avoid this needless blame game.)  Indeed, several of the members turned their ire and sarcasm against their strongest allies at the Northern Virginia Transportation Alliance. So much for the concept of loyalty.

Ultimately the authority members pointed the finger, usually the middle one, at everyone but themselves.  As such, a brief look at the NVTAs record is appropriate at its passing:

The NVTA imposed seven unpopular taxes in violation of the Virginia Constitution. These unconstitutional taxes were implemented despite the knowledge that they were being challenged in the Virginia Supreme Court. The more responsible Hampton Roads Transportation Authority wisely decided to wait until the Court handed down its decision.

As a result of its decision, the NVTA was forced to refund millions of dollars to the victims of its unconstitutional taxes. It is not yet known what the total cost of this fiasco has been to taxpayers or how many victims will not receive their hard earned money back. The NVTA has never issued an apology for these actions, all of which could have easily been avoided with the simplest application of common sense.

The authority engaged in a propaganda campaign to in an attempt to create grassroots pressure to force the legislature to follow its agenda. This campaign included censoring the legitimate comments on the Internet of those with opposing views.

The NVTA recently called for the ouster of legitimately elected political leaders in a letter by Sharon Pandak in The Examiner. When researching this topic, we were surprised that the NVTAs web site linked directly to Sharon Pandaks campaign web site for her now-failed bid to become Chair of Prince William Countys Board of Supervisors. This link was quickly removed and the blame placed on volunteers.

The authority entrusted a temporary employee with its credit card and the position of “Office Manager.” According to the Washington Post, this individual has been arrested for fraudulently using the card to buy more than $16,000 in electronics. The apparent fraud was discovered by the bank, not the NVTA. If the authority cant manage one credit card and two full time employees, how was it ever reasonably expected to manage hundreds of millions of taxpayer dollars?

Clearly, the NVTA has an established record of failure, poor judgment and mismanagement. Ultimately, the only ones who did not see this were the members of the authority itself.

Virginia’s budget, as well as our local budgets, have enjoyed substantial increases over the past few years. Hard working taxpayers are feeling the pinch in the face of a difficult economy marked by a turbulent housing market and rising costs. The last thing they need is yet another tax increase.

Real, bipartisan, fair solutions are available to resolve our transportation challenges without raising taxes.  Our elected leaders should work towards getting a fair share of our tax dollars invested in our infrastructure and seek savings in our bloated budgets.

They should also take a break, smell the roses and embrace the simple concepts of common sense and responsibility. And ultimately, if our leaders cant find an alternative to increasing taxes, they should hold a referendum and let the people decide.

This is what democracy is all about.

Bud Miller is President of Alexandria Taxpayers United, a non-profit, non-partisan, volunteer organization whose mission is to educating taxpayers and elected officials on the merits of low taxes, fiscal responsibility, and government accountability.