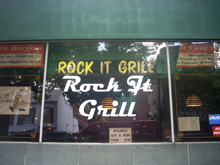 Once a year amidst the hustle and bustle of holidays, both real and retail, school calendars, and the general marching on of time, one day cannot be hastened with excitement or put off with avoidance, our own birthdays.

For some it is with general dread or perhaps a foreboding that each year seems to slip by faster, with more grays or wrinkles to prove it. For others, it is with a sense of anticipation to reach a milestone and right of passage, a driver’s license, a vote, the first legal drink.

For the very young, there is a new hand gesture to master with yet one more pudgy finger and the lure of sticky sweet icing and glossy wrapped packages. So what turns some of us into party poopers? And, most importantly in the immortal words of the artist formerly known as Prince, what allows others to “party like it’s 1999?”

All you birthday grumps and birthday hiders out there. I have one simple argument for you. Consider the alternative.

This year, a very important person is missing from my personal trifecta of July birthdays. Simply put, she died too soon. Her party should not be over.

Just two blissful years ago this special string of days completed some type of predestined circle of life. I was born a mere two days after my mother. Believe me, she fought like a junk yard dog to change that order, including the crazy tactic of spray painting an antique rocker in the sticky, suburban July heat.

With a light cast of paint dust, slight sunburn, and eau de fumes scent, no amount of physical activity or aerosol spray would put her into labor.  She would be a year older on that birth certificate. Later celebrating our closeness and in the Hallmark tradition, we even created our own holiday, in-between day, exchanging bee themed gifts.

Fast forward a few decades, and I found myself in the same predicament.  Despite a due date in August, I just knew when I saw that plus sign on the stick this baby was coming the week of our shared birthdays.

Would I sneak him into this world with myself a year younger? My team of O.B.S.’s stood arm to arm in disbelief.

Naturally, my son arrived in three pushes exactly two days following my birthday. Another in-between day was created . There is something intangible about giving birth that deepens the innocence of birthday melodies care freely sung in unison, a closeness and appreciation for the one that brought you into this world.

But as the first of my son’s birthdays approached, the last of my mother’s loomed.

As hard as she tried to control my birth, she fought her own death. Needless to say, we threw her exactly the party she wanted as a send off, and she stubbornly wouldn’t wear any of the party dresses given to her by well intended revelers, including her own granddaughter.

This was her day, her way!  I came to realize the candles don’t glow as brightly without the one who gave you your first light.

With a somewhat woeful outlook on this year’s birthdays, I knew there was only way to put the fire back in our hot, July birthdays, two big parties.

Time to download Prince, Cool and the Gang, and every other clich party song and get planning.

For my son, I steered toward a classic, pirates and boats. Hats neatly folded out of our own Alexandria Times newspapers, a throw back to parties of the past.

On the menu, fish sticks and chips (aka fries from the famed Five Guys) wrapped, again, in the Alex Times. For favors, floating boats and pirate garbed rubber duckies in giant galvanized tubs.

For dcor, a personalized pirate flag against the back drop of our throw back swim club, Little Hunting Park.  Between Pottery Barn Kids, Oriental Trading Company and the Paper Source, creating our little mate’s wonderland was as easy and fun as an ocean breeze.

After an over the top CandyLand themed party for my daughter this fall, I was on the way to outdoing myself.  I have heard it said my mediocre party is an average person’s perfection. I have a reputation to uphold.

As we boogied in the kitchen to my party inspired tunes, I found belting out the lyrics to these party hits gave me a birthday epiphany.

What could be more fun than recapturing my youth? A good old fashioned throw down was in order.

My husband got the band back together and thought, where better to party like a rock star than the King Street’s Rock It Grill?

This dive features pitchers of frothy beer and karaoke nightly. For some it would take a little convincing, others understood they would need to indulge this birthday tribute to more carefree days with reckless abandon.

When you open an evite that encourages you to party like you are 25, just like the birthday girl, take a cue and warm up your voice.

One reveler glamorously rocked the house in a bustier, feather boa and phony pony. She won the prize for rock star attire.

Move over Fergie.  She was glamorous, and this was the biggest skeptic of the bunch. No one could top the balding man in glasses, who no one in the bar appeared to know, but brought the house down with a little Bon Jovi “Livin on a Prayer.”

Except maybe the neighbor who pounded out “Sweet Child of Mine” like Axl Rose incarnate.  Finally, a venue worthy of my silver, peep toe, 3-inch heel party shoes.

For my part, I sang a little George Michael “Faith,” echoing my new take on birthdays. A higher power has a hand in our lives in birth and in death.

This year, in addition to style, “I’ve gotta have faith!” Everyone should be so lucky.

When she is not planning parties and rocking to the hits, Susanne Seidman can be reached at [email protected]