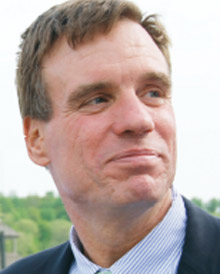 The distinction is a coveted one. Four years ago Sen. Barack Obama (D-Ill.), a Senate candidate at the time, stood at the DNC podium and spoke words that launched him onto the countrys stage for what would become a meteoric presidential quest.

Warner brushed off a brief thought of the presidency to pursue his current Senatorial campaign, and his convention speech may not only catapult him further ahead in the polls against opponent and former governor Jim Gilmore (R), but also back into the limelight, along with his swing state.

Its a great honor from the Obama campaign, Warner said Wednesday, adding that he and Obama have similar goals to work across party lines. Im just really proud to tell the Virginia story to the country.

Warner will share the stage with Sen. Hillary Clinton (D-NY). With Clinton, Obama and Warner who enjoys an economically and racially diverse Virginia following the message will be a broad appeal to a spectrum of voters Republicans included.

With the country at a crossroads, I think the American people are ready to do their part, Warner said. Its not all about Democrats or Republicans, even though its the Democratic Convention. We need to get past the Ds and the Rs.

Obamas Virginia following is well aware of what the designation means for the future of the state. Governor Warner and Senator Obama have very similar messages, said Clark Stevens, communications director for Virginia Campaign for Change. There is no doubt that we have a tough fight here but were campaigning very hard and organizing voters in every region and corner of Virginia. Were excited for every opportunity to get both of their messages across.

The Warner campaign seized the political day as well. In an email to supporters, Mike Henry, Warners campaign manager, announced that the Senatorial candidate will write a convention diary during his stay in Denver, where he has an unprecedented opportunity to steer our country down a new path. Warner will take the Democrats main stage Aug. 26 in Denver.

Warner may be the star, but Virginia will be the countrys state of mind.