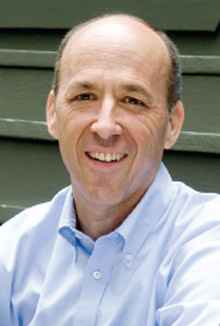 About 10 percent of District Bs eligible voters showed up at the polls Tuesday to elect Marc Williams to the Alexandria School Board seat vacated by former chairwoman Claire Eberwein.

The IBM employee and father of three children enrolled in the citys public schools outpolled John Leary, Elynn Simons and Bernie Schulz by a significant margin in the central wards election. His closest competitor, Leary, trailed by 423 votes when the polls closed. Of 30,877 eligible voters, only 2,995 cast ballots, according to Alexandrias Office of Voter Registration and Elections.

Williams victory is indicative of his vigorous and far-reaching campaign. He overwhelmingly won his backyard precinct, George Mason, just as Simons and Leary won the precincts closest to their homes, MacArthur and Maury, respectfully.

But it was Williams success in the outlying precincts that won him the otherwise close race. Whether by a small margin or landslide, he won every other voting site (except for Northern Virginia Community College, which represented just one percent of the total votes) and was runner-up in Simons and Learys home districts.

It takes a lot of people to run a campaign, Williams said Wednesday after retrieving his campaign signs into the early morning hours. I think I won because we focused on what really matters, which is the kids.

Broad Support
Williams victory comes despite Learys endorsement from prominent past and present residents and the Education Association of Alexandria, an organization comprised of public school teachers from throughout the city. With a holistic campaign strategy, though, Williams also had the support of plenty of teachers.

I thought that the margin of victory that he had which was a surprise to many people in an off-time election was a testament to the fact that he has some very good ideas, said Peter Smeallie, who ran for a District B school board seat in 2006. I think that its an extremely positive referendum for the city; much better than if one candidate wouldve just squeaked by.

Williams reinforced sentiments that he had broadcast throughout the campaign about the school boards focus. He indicated that the next school board session, which will undertake the challenge of producing a strategic plan, should revolve around student welfare, the theme echoed from teachers, students and parents along the campaign trail.

I think people recognize that in the last few years the adults have been focused on the adults and sometimes people forgot to focus on the kids, Williams said. I will work with the rest of the board and Dr. Sherman on that; Im looking forward to that.

Reaction
Meanwhile, newly crowned school board Chairwoman Yvonne Folkerts is happy to have her full complement of nine people in time for the imminent strategic planning process with a new superintendent who starts Friday and a reorganized school board.

Marc is coming on at a convenient time, but also an interesting time, because hes on the ground level of strategic planning, which is terrific, Folkerts said. He is going to learn a lot, like the rest of us.

Starting today, we can focus on the kids, PTA Council President Melynda Wilcox said. I think its just a really exciting time to be looking forward I think theres going to be a new sense of working together and working collegially and doing whats best for our kids.

Williams approach to his first term is a modest one. Admitting he has much to learn from other board members wisdom about the system, he plans to ask each current member for advice on how to best serve the schools. He plans to invoke what he has learned from speaking with community members – the crux of his widespread campaign as well.

He needs to bring the communitys concerns and see if they fit into what were working on, or if we need to talk about new things, Folkerts said.

Williams seems to have a grasp on many of the communitys concerns. As he canvassed the city for stakeholders (he continued to do so throughout the afternoon Tuesday) voicing their concerns, it was perhaps Williams ability to question and listen that put him over the top with voters in the districts beyond his backyard.

I learned a lot but I have a lot more to learn, Williams said. Some of the common themes it didnt matter who I talked to [were that] every one wants the best for the kids and I think they truly want to believe in them. You get a variation on that kind of theme.

Williams was visibly moved when speaking with a father in the Arlandria neighborhood who told Williams through Spanish translation, We dont come to this country to see our children fail.

This is why I know we can unify around this cause as a community, Williams said. I keep seeing this theme repeated throughout the community.

During his yearlong term, Williams intends to utilize his experience at IBM, where he is in charge of the companys global intellectual property policy. Throughout his campaign, he correlated working on an international level, where he must monitor whats changing in the marketplace and anticipate what the changes and trends are, with working on the school board. Such job experience, Williams said, will allow him to help the board present a vision and a budget that implements those priorities.

Williams also expects his experience to help prepare the citys students for the increasingly global work environment with curricula for the 21st century, which was a recurring theme of his campaign. Hes worked with the school board in the past on curriculum matters, helping to achieve open-enrollment honors classes for middle school students.

From what I know of him and from what I observed at the [District B] forum, he will bring a good sense of reason [to the school board], Folkerts said. I think he will listen and reach out to the other board members and work together on building consensus and finding solutions. At the forum he did a good job really listening to the questions, thinking and responding.

Williams will join the rest of the school board when they go on retreat Sept. 4.