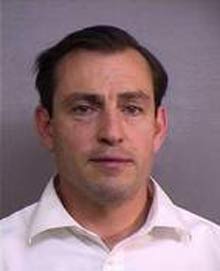 The New York congressman arrested May 1 in Alexandria and charged with driving while intoxicated was visiting his mistress and their love child, Rep. Vito Fossella (R-NY) admitted Thursday.

Fossella released a statement admitting to having fathered a three-year-old daughter out of wedlock, just a week after being arrested on DWI charges. The 43-year-old Staten Island congressman, who is married with three legitimate children, said he was having an affair with an Alexandria woman named Laura Fay and has a three-year-old with her.

“My personal failings and imperfections have caused enormous pain to the people I love and I am truly sorry,”  Fossella said.

Rumors began to swirl around the possibility of a child when Fossella was arrested May 1 on drunk driving charges in Alexandria. The arresting officer wrote in his report that Fossella told officers that he was going to see his daughter at Cameron Station when he was arrested. Fossella’s wife and three children live on Staten Island.

A first offense DWI charge in Virginia is a misdemeanor, punishable by a maximum of 12 months in prison and a fine of up to $2,500.

Fossella said in a press conference a week ago that he wouldcontinue to do his job over the coming weeks and months, but he says making any decisions about his political future are the furthest thing from his mind right now.

But soon after his arrest, speculation began over whether Fossella would be pressured into resigning.

House Minority Leader John Boehner said Thursday that Fossella has serious thinking to do. “I think Mr. Fossella is going to have some decisions to make over the weekend,”  Boehner said.

Fossella, 43, is the only Republican member of the city’s congressional delegation, representing parts of Brooklyn and Staten Island. He took office in 1997 after a special election while still a member of New York City Council, and is facing re-election this year.

He has not spoken to reporters since a press conference a week ago, but on Friday admitted that Fay was his lover and that the child was his. He called the incident an error in judgment.  As a parent, I know that taking even one drink of alcohol before getting behind the wheel of a car is wrong, Fossella said. I apologize to my family and the constituents of the 13th Congressional District for embarrassing them, as well as myself.

An Alexandria Police arrest report said that Fossella was arrested near Seminary Road around 12:15 a.m. May 1 after he went through a red light.

During roadside sobriety tests administered by Alexandria Police officers, Fossella stumbled and struggled with the alphabet. He also told the arresting officer that he was heading to pick up his daughter, 4-year-old Rowan, claiming she was sick and needed hospitalization, court documents said. The toddler lives on Staten Island, while Fay’s three-year-old daughter, born out of wedlock, lives in Alexandria.

Court documents show that Fossella’s blood alcohol level was .17 — more than double the Virginia legal limit of .08. Fossella was released into Fay’s custody at 7:39 a.m. Thursday, about seven hours after his arrest.

Fay, who is divorced, lives with her daughter in a townhouse about 3 miles from where Fossella was pulled over.  According to documents filed in Arlington County Circuit Court, Fay and her husband, Guy Shoaf, formally divorced in September 2004. They separated on Dec. 26, 2003, citing disputes and irreconcilable differences, the papers said. At the time of the divorce, the couple had no children, and the court documents said that “none are expected.”

According to the Alexandria Police report, Fossella told the arresting officer that he was on his way to pick up “my daughter.”

A spokesman said that Fossella lives alone in a condo in downtown DC when attending to House business, but did not address why he would call Fay to pick him up from jail when his chief of staff, Thomas Quaadman, lives in Alexandria.

Fay did not return phone messages from The Alexandria Times. Neighbors in Cameron Station would only say that she is the divorced mother of a 3-year-old girl.

Fossella lives in Great Kills, NY, on Staten Island, with his wife, Mary Pat, and their three children.

“I think its a terrible mistake in judgment,” New York Mayor Michael Bloomberg told reporters last week. “Thank God nobody was hurt and, you know, I’ll let that go through the courts…Hopefully he’ll work this out.”

Under Virginia’s strict new DWI laws, Fossella faces a mandatory five days in jail if convicted of the DWI. He has a court date at the Alexandria Courthouse set for Monday, May 12.