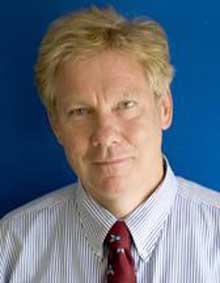 What they’re saying about Tom Davis:

He was not extreme. He was very middle of the way, and he had the guts to disagree with The White House so many times. — Habib Khan, former chairman of the City of Fairfax Republican Committee

Especially for the technology community, he has been the best possible advocate anyone could have. — Bobbie Kilberg president and CEO of the Northern Virginia Technology Council

He’ll be remembered for having stood up for the District of Columbia when virtually no other Republicans were willing to. — U.S. Rep. Jim Moran (D-8th)

I’m sure he’ll still be involved politically. Tom has a keen interest in politics. I think that no matter what he’s doing, he’ll be active. — U.S. Rep. Frank Wolf (R-8th)

A centrist by nature, a pragmatist by disposition and someone who has a true appreciation for local government having come up through it, meant that he served the community very well. — William D. Lecos, president and CEO of the Fairfax County Chamber of Commerce.

I think he’s sort of frustrated in terms of a career path in the U.S. Congress at this point. — Toni-Michelle Travis, associate professor of government at George Mason University in Fairfax

He made a specific effort to keep the moderate wing of the Republican Party alive and well in Fairfax County. — former Del. Jim Dillard(R)

I came out of a tough campaign in which he was heavily involved, but all is fair in love and politics. I don’t feel bad about that. I wish him and Jeannemarie all the best. Hopefully his next stage in life will be very lucrative. — State Sen. Chap Petersen (D-34th)

I think that when you’re in public service, you’re not always expected to see eye to eye on every issue, but the real question is whether you are willing to engage in that dialogue, and Tom’s always been willing to go ahead and do that. — Del. David Bulova (D-37th)

While I didn’t always agree with Tom, he was always a believer in the possible. — former Republican Fairfax County Supervisor Dana Kaufman

As Tom Davis joins more than two dozen of his fellow Republicans who have announced their retirement from the House of Representatives, many around the region are singing the praises of the seven-term congressman.

None seem to be trumpeting the accomplishments Davis has amassed during 14 years of service to Virginia’s 11th District more than a pair of area congressmen — Frank Wolf (R-10th) and Jim Moran (D-8th).

As strong advocates for Northern Virginia, the trio has combined forces for a decade and more to form what many consider one of the most effective congressional delegations in recent history.

“I think the region is going to sorely miss Tom,” Wolf told The Times on Feb. 4 via telephone. “He was a leader on federal employee issues. He’s been a leader on procurement issues because he used to be with a high tech company before he went into Congress.”

Wolf was referring to Davis’ former employment as a vice president and general counsel with a technology and professional services firm headquartered in McLean once known as PRC Inc.

The issues he and Davis have collaborated on over the years, Wolf said, have included almost every major issue that has faced Northern Virginia. Two he noted include federal funding for the Woodrow Wilson Bridge and the closing of Lorton prison.

With Davis’ departure, Wolf said the region would also be losing a great amount of seniority in the House of Representatives.

“It’s going to take a long time to fill that seniority,” said Wolf, noting that he believes Davis will still be involved politically once he leaves Congress after his term ends in January 2009.

“Tom has a keen interest in politics. I think that no matter what he’s doing, he’ll be active,” Wolf said. “And he won’t have any trouble finding a job.”

In a release issued on Jan. 30, Davis stated that he would be returning to the private sector. Davis did not return calls made to his office by The Times.

U.S. Rep. Jim Moran (D-8th) said Davis would be successful at any career that he chooses.

“He’s a brilliant guy and very hard-working,” Moran said on Feb. 5 via telephone. “I say this as a Democrat, but the reality is that he’s been able to get things done. Certainly in terms of Republicans, there is no Republican in the Congress today who has been as effective as Tom Davis.”

Among the things for which Davis would be remembered, Moran said, is the encyclopedic knowledge he has on every Congressional district in the country.

In the late 1990s and early 2000s, Davis was chairman of the National Republican Congressional Committee, during which time he helped direct campaign funding to his party’s congressional candidates. Davis was also known for his financial support of Republicans running for local office, including his wife, former Republican state Sen. Jeannemarie Devolites Davis.

Moran said that Davis would also be remembered for all of the regional projects the trio of congressmen worked on together, including helping to avert a potential Y2K computer crisis in 2000, passing trade agreements on a bipartisan basis and saving many large employers from punitive legislation.

“We’ve obviously teamed up on Dulles rail,” he said. “We’re having a problem now, but we’ve gotten $240 million for Dulles rail working as a team.”

“We disagree on national issues, but when it comes to local and regional issues, we were as tight as you can come,” Moran said. “Now that he’s not running, I can say what I’ve felt. Even though I have to be a bit constrained because we live in a political party context, the fact is he’s been a tremendous asset for Northern Virginia.”