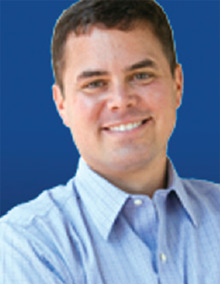 School may have wound down a few weeks ago, but the race to round out the School Board is just getting started. Elynn Simons, John Leary, Bernie Schulz and Marc Williams have announced they are running in the August special election to fill the opening on the Alexandria City School Board.

According to his campaign’s Web site, Leary is a sixth-generation Alexandrian and a T.C. Williams graduate. A vice president at Goddard Claussen, an advocacy communications firm in D.C., he is president-elect of the Maury Elementary PTA, and has served on the School Board Health Advisory Committee.

No stranger to School Board affairs, Leary was a strong critic of outgoing Board Chairwoman Claire Eberwein, leading an attempt to recall her and the other four members who voted to oust former superintendent Rebecca Perry, according to the Alexandria Gazette. Now, he is aiming to bring change from the inside.

Likewise, Simons has been involved with area schools for a number of years. She has worked as a tutor in Alexandria for 18 years, taught PSAT and SAT preparatory classes at T.C. Williams and has been a substitute teacher in the school system for two years.

“I’ve been around the schools for a lot of years,” Simons said. “I know our schools.”

Williams, according to his campaign Web site, works for IBM’s Governmental Programs group and has lived in Alexandria for 16 year. he and his wife Nancy have worked with ACPS in the past on curricula policy issues. In a statement on his campaign site he highlights his “trackrecors of building consensus and working collaboratively toward a common goal.”

Schulz, who works as special assistant to the vice president of Campus Life at American University, brings a higher education point of view to the school board. According to his campaign Web site, increased transparency and accountability for the School Board, increased efforts to recruit and retain teachers and principals, and an emphasis on making “sound fiscal decisions” are among Schulz’s main issues.

The open spot was part of a reshuffling on the Board that arose when former Chairwoman Claire Eberwein stepped down last month because she will be moving to Vienna, Austria, with her family. Eberwein’s resignation took effect June 30, and the Board unanimously elected Board member Yvonne Folkerts as Chair for the 2008-2009 year at an organizational meeting the next day. The special election is being held to fill the open space for District B, the center of the city.

Reached for comment on Wednesday afternoon, Simons said that she is running because she believes in ACPS and loves the schools.

“Basically, our schools are great,” she said. “Are they perfect? No… I don’t know any school [districts] that don’t need tinkering.”

Simons said that one of her goals would be for the school board to refocus attention away from itself and onto the schools, to try to “be cheerleaders” for ACPS rather than be in the media for other reasons. She added that with a degree in conflict management, it makes sense for her to be on the Board.

She said that having worked with and observed a number of school systems, she feels Alexandria’s is the best. Simons added that she has worked to talk people out of attending private schools because she believes so strongly in ACPS.

Leary could not be reached for comment at press time, but he will advocate for “small class sizes, consistency of instruction, a challenging curriculum for every student, and an increased focus on sustainability,” according to his Web site.