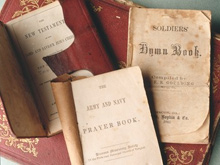 A Mennonite “professor of peacebuilding” brought more than 700 religious peace advocates to their feet in Alexandria Saturday with a declaration that security is the result of diplomacy and development, not military intervention.

Dr. Lisa Schirch, a professor at Eastern Mennonite University in Harrisonburg told attendees at the sixth annual Ecumenical Advocacy Days conference that U.S. military leaders agree with that assessment, including Gen. David H. Petraeus, commander of the multi-national force in Iraq. Schirch reminded attendees that a year ago that Petraeus told a news conference when he assumed command a year ago that political negotiations were crucial to forging any lasting peace, quoting him as saying, “There is no military solution to a problem like that in Iraq, to the insurgency of Iraq.”

Schirch urged peace activists to “build relationships with people in the military,” many of whom believe diplomacy and development are the solution to easing the insurgency and removing terrorism from Iraq and other world hot spots. “Using military power is like taking a hammer to a beehive,” Schirch said.

Her remarks were made on the second day of Ecumenical Advocacy Days, met at the Alexandria Hilton Mark Center.

Ecumenical Advocacy Days is a movement of the ecumenical Christian community that originated in the National Council of Churches USA. Grounded in biblical witness and shared traditions of justice, peace and the integrity of creation, their stated goal is to strengthen the Christian voice and mobilize for advocacy on a wide variety of U.S. domestic and international policy issues, through worship, theological reflection and opportunities for learning and witness.

The people of Iraq and the Middle East are closely watching the U.S. presidential campaign, said Schirch, who recently returned from one of her frequent trips to the area. “Taxi drivers in Jordan told me, ‘we’re watching to see who you elect.'”

Iraqi refugees in Jordan are critical of the U.S. “surge” in troops and its reliance on the military to root out insurgents and terrorists. “Do Americans know they have made the situation worse?” asked a group of Sunni and Shia Iraqi women who have fled to Jordan.

“Why do they focus on hunting down the terrorists rather than on civilian security,” Schirch quoted the women. “It is a backwards strategy, it only helps the insurgents in their recruitment.”

Schirch said the only hope in Iraq “is an economic solution and a political solution. Security does not land with a helicopter, it grows from the ground up.”

Terrorism is born out of humiliation and frustration that are often the result of U.S. economic agreements with poor nations, she said. Climate change is also a factor that causes suffering in many parts of the world as food and water become more scarce.

Another source of anger around the world is the American lifestyle dependent on oil and cheap goods made possible by unfair trade agreements that benefit the U.S., she said. “Until Americans change their lifestyle, we will need a military presence around the world.”

Schirch offered her listeners an eight-point Akido, a Japanese philosophy sometimes translated as “the way of the harmonious spirit,” to take with them on their Capitol Hill visits Monday.

One of the points she stressed was, “God’s strategy works.” She cited a United Nations Security Report that cited successes in the use of development and diplomacy to ease tensions. Schirch quoted the words of Jesus, “Do good to those who hate you.”

“It’s the smart thing to do,” she said. “Not just the right thing.”

Philip E. Jenks is a Media Relations Specialist for the National Council of Churches USA.