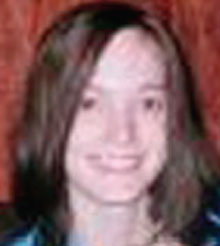 A Fairfax County teenager was found dead Nov. 2 behind a Baltimore public housing trash bin after she apparently ran away from home on Halloween.

Annie McCann, 16, was a junior at West Potomac High School in Alexandria.

According to her 18-year-old brother Sam, she was a jovial, happy-go-lucky teen with no apparent boy troubles or any problems that would warrant running away from home.

On Friday morning however, she left her family a note saying that she was doing just that.

It said, dont worry, and dont look for me, I want to be free. I dont want to be found, her brother told The Times in a phone interview.

But Annie was found dead less than 36 hours later in an east Baltimore public housing development.

She was discovered behind a dumpster by a resident emptying trash at 3:01 a.m. Sunday morning, said Detective Nicole Monroe of the City of Baltimore Police Department.

No cause of death has been identified, but police say there are no visible signs of trauma other than a superficial scrape on McCanns forehead. Police are performing an autopsy and are classifying the case as a suspicious death until tests are completed.

According to Fairfax Police spokeswoman Tawny Wright, local police were notified of McCanns disappearance on Halloween night after Annies father discovered her note. A juvenile report was filed at that point, she said.

Sam McCann said both his parents left the house very early that day, leaving Annie alone. His mother left before dawn to visit him at Ithaca College, in New York, where he is a student. His father left for work soon after, and was planning to take Annie to join her mother and brother when he returned home from work.

According to her brother, a neighbor saw Annies 2007 Volvo warming up in the driveway of the McCanns Groveton home at around 6:45 a.m. Eight minutes later, Annies father, Daniel, called to tell her that one of her favorite musical groups, The Killers, was going to be in town. There was no answer. The family remains perplexed at the circumstances surrounding her death.

She was a fantastic person, an incredibly compassionate person and the most generous person I ever knew, said her brother, who said he was probably closer to his sister than anyone, including her friends. I have no idea what her motives might have been.

The funeral was held Nov. 8 at Good Shepherd Catholic Church.

Students and friends already have begun painting remembrances to Annie on a huge rock in front of West Potomac High School.