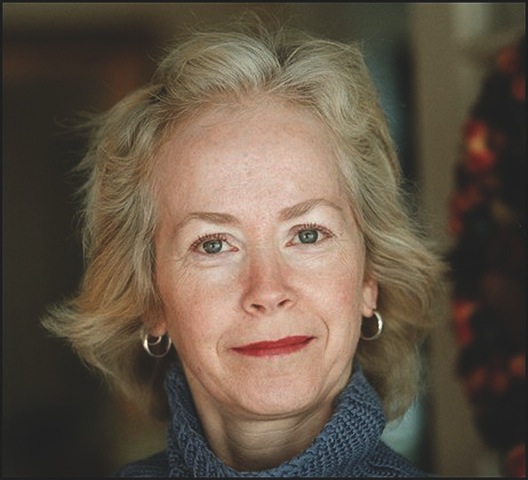 Every year December arrives, replacing notions of foliage with holiday pines. But for the past five years the murder of Nancy Dunning, killed December 5, 2003, has been the seasons most prominent evergreen a fixture of remembrance for her family, friends and even those who never knew her.

This year is no different. The case of Dunnings murder is still an active homicide investigation despite the inchworm pace at which it moves. Supporters again gear up for yet another candlelight vigil for Dunning who, at the time of her death, was the wife of then-Sheriff Jim Dunning.

Her ties to the city, namely Del Ray, are tightly knotted. Dunning was and is still known as the Queen of Del Ray because of her prominent role in vitalizing the neighborhood.

Theres still an awful lot of people who knew both Jim and Nancy, and Nancy sold an awful lot of houses in Del Ray, said Lonnie Rich, a longtime friend and neighbor who headed an effort that raised $100,000 for a reward fund. People knew both of them as neighbors and politically, and when her name comes up, I cant tell you how many times people ask me whats happening with the investigation.

The high profile nature of the case has given it enough steam to survive five years later. Investigators are still actively pursuing the killing, the aftermath of which Dunnings husband and son, Chris, discovered in their own home after Nancy failed to show up for a scheduled lunch. Police still believe the killing to be a targeted, planned affair.

Weve had detectives out talking to people, gathering information, said Deputy Chief Blaine Corle, who heads the Alexandria Police Departments Investigations Bureau. Were not commenting on the value of what we may have received. Probably the better way to put it is, yes, in the recent past, weve had detectives who have been physically actively working the case.

Despite the massive reward fund, there have been no arrests in the case. Police have no suspects; just persons of interest. Their first lead came about five years ago, just after the crime occurred, with an image of a mysterious man clad in jeans and a black jacket, talking on his cell phone inside the Potomac Yard Target store on the day of Dunnings death. Dunning was shopping at Target that morning and the man was in her vicinity, the two exiting the store simultaneously.

The man is truly mysterious because, despite his prominence in the case, he could mean absolutely nothing.

We dont know because we dont know, Corle said. Thats one of the things were looking to put to rest. If we can find out who was in that picture, and even if we can determine that he had nothing to do with [the homicide], it gives us the ability to put more energy elsewhere.

Police believe that if and when the case is solved, it will come from a small piece of information seemingly unimportant to the person who holds it, but pertinent in tying a suspect to the victim. But a lack of suspects renders the investigation an incomplete circle of clues.

Somebody out there has a tiny little piece of this jigsaw puzzle, Corle said. And that piece, although it may seem insignificant to the person that has it, could be the piece that enables us to fit all the others together.

A lot of times you look at the victim and one of the things you always ask is, Why was this person victimized? Generally its going to be some piece of knowledge someone had about the victim. Its a hard question to answer but it will probably be something that involves a potential suspect or the victim. What youre really doing is trying to tie those two ends together.

Corle said investigators are absolutely in contact with the Dunning family. Jim now lives in North Carolina, far from the palpable memories of Del Ray. Rich, a lawyer and the Dunnings former neighbor, is still vexed. He hopes somebody will have too much to drink and talk too much or that someone will divulge information in jail, echoing the general sentiment that the answer resides here, in the city.

If its solved it will be solved by a tip, Rich said. I have no idea, thats the bottom line, at least for me, is its hard to imagine anybody doing what happened.

Dunnings case is not a cold case. Police are not satisfied that everything possible has been done or that the information on the streets has been gathered, keeping the case open. There are no dead ends, just open ones.

We dont have any suspects or anybody that were looking for in particular in this case, so theres no logical reason to put it on the shelf, Corle said.

When asked about the police departments level of confidence in solving the case, the lead investigators response was that there are too many variables to comment. The one thing in which the department is 100 percent confident is that it will not give up.