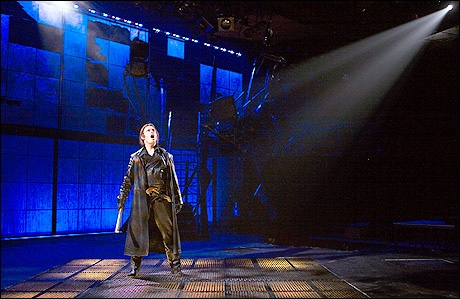 Known affectionately as Les Miz,it is one of the most successful and well-known musicals of all time, lasting nearly two decades on Broadway and winning eight Tony Awards, including Best Musical and Best Score. It is also one of the most difficult to produce, and yet Signature Theatre has taken on the daunting task of staging the epic hit Les Miserables, which is now in previews and set to open December 14 under the direction of Eric Schaeffer.

Based on the 1862 best-selling Victor Hugo novel of the same name, Signatures much-anticipated musical version features an award-winning score by composer Claude-Michel Schonberg and libretto by Alain Boubil. Trademark songs include I Dreamed a Dream, Bring Him Home and On My Own.

According to Signature, One of the most popular musicals of all time, Boublil and Schnbergs Les Misrables is a passionate saga of love and betrayal set during the upheaval of post revolutionary France. At its center, fugitive Jean Valjean is pitted against the tenacious Inspector Javert in a lifelong struggle to evade capture. This deeply personal drama of a man seeking redemption is played out against a sweeping historical backdrop of unparalleled scale, where the worlds of student revolutionaries, thieves and criminals, and desperate young lovers collide.

With a cast of 28 and a 14-piece orchestra, the 280-seat Signature Theatre is the smallest professional theatre to produce the show, which is normally staged in theatres with a 1,500 capacity.