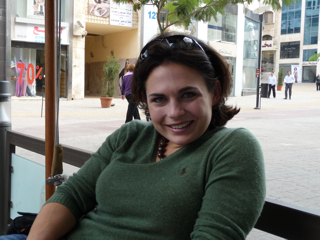 Listening to the radio, Kristen Nespoli heard that people were renting out their homes for the Presidential Inauguration, when more than four million visitors are expected to converge on the nations capital.

I thought it would be a good opportunity to make some extra cash, said the U.S. Census Bureau employee, adding that she could use it to help pay the mortgage. So I checked out Craigslist to see what people were asking, in the special Inauguration section that had attracted more than 1,000 notices for short-term housing. After doing her research there, she placed her own notice for her two-bedroom townhouse in Old Town, asking $1,300.

As of early December, she reported that she had not yet received any responses. And to be honest, Im relieved, she said. Im not sure how I feel about total strangers staying in my home, security deposit or not.

By the end of the month, she had solved that problem by letting the ad expire and instead finding renters who were the friends of a friend.

The media buzz also convinced Molly Bausch to offer her two-bedroom, two-bath condo in Old Town on Craigslist. She had been encouraged by news reports that included an Alexandria home bringing $50,000 for a one-week stay.

To help her set a fairer price, she also visited Craigslist before placing her notice there. It seems that the going rate is $500 per person per night, she recalled, So I am asking for $4,000 to $5,000 per week, although I might accept less money for fewer days.

As a strategic planner with Bearing-Point Management and Technology Consultants, she said she has called on her professional skills to calculate all the contingencies and legal obligations. To help her form a solid rental agreement, she has studied the sample lease that the Washington, D.C. government created for the occasion. In addition, she has called on the talents of a friend who is both an attorney and a realtor.

With that sort of security, she said with a smile, her visitors can bring from eight to 10 people and party on! She herself will miss the fun, since she and her two pet kittens will be staying with a friend.

At the end of December, though, it seemed that she and her furry friends could probably stay home. Ive got several friends who are also trying to rent, she said. Not a single one has had any interest thus far. If there are purportedly two to four million heading here, theyre not using Craigslist so far.

Ashlyn Guasch, along with his wife Ibtissan, said he was also planning to vacate his premises by visiting his parents if his own Craigslist notice attracts tenants to his one-bedroom Alexandria condo. Asking $800 per day, he said, With the economy the way it is, it is nice to get a little bit extra, in addition to his earnings at Porsche of Arlington.

Unlike Bausch, he reported in early December that, A couple of people have responded so far. But we are looking for the right ones. The guests will be sharing his furniture and other belongings, he explained, even though he will remove his personal valuables.

To further safeguard his property, he said, We will do a credit check and get a security deposit. We are just feeling our way, though, and will probably end up going to a realtor.

With its active Property Management and Leasing Services Division, Long&Foster Real Estate is gearing up to accommodate both prospective landlords like these three and their temporary tenants alike. It has launched a website at www.january20.us, to show properties listed for inauguration week.

On a day in early December, its offerings included a five-bedroom house in Arlington 5.5 miles from the Inauguration, at $28,000 per week. A booking request was provided with each listing.

The firms sales associates will serve as the listing agents for the short-term leases, explained Selina James, the division vice president. We have strong lease agreements that will enable both parties to venture into a short-term lease transaction of no less than four days, with the trust and confidence that the transaction is being supported by professional advisors.

You will have strangers in your home, the site points out, in its notice to homeowners section. Due to the type of lodging, there are no tried and true proven guidelines for vetting the applicant. Long&Foster will provide the same services that are given to our short term/vacation clients, at a 25 percent fee.