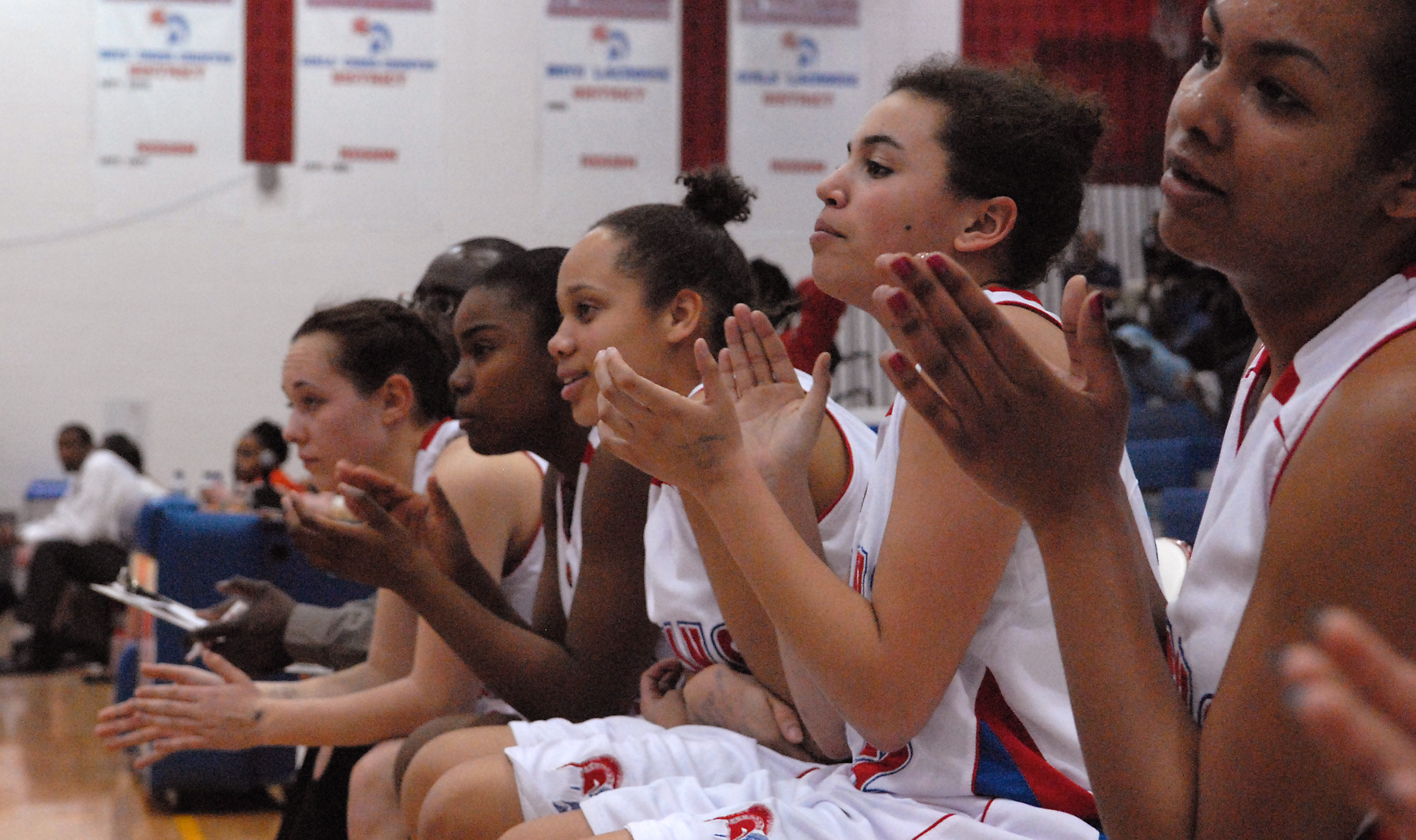 It was a slow start. It was a slew of missed shots. It was an 18-point win.

Whatever one calls it, the T.C. Williams girls basketball team managed to come away with its unbeaten Patriot District record intact (13-0), beating Lake Braddock 60-42 Tuesday night in convincing fashion.

In the six or so minutes it took the Titans to get their collective engine running in the right gear, Lake Braddock made hay, jumping out to an early 8-4 lead just two minutes into the game.

T.C Williams, ranked 16th in the Washington Posts most recent Metro poll, leveled the score less than 90 seconds later when senior Tierra Ruffin-Pratt turned an offensive rebound into a layup and a quick two points. The two teams traded baskets again before Lake Braddock regained the lead their last of the game 13-10 with 2:58 left in the first quarter.

From that point, following a T.C. Williams timeout, the Titans went on a 13-0 run during the games next five minutes, leading 23-13 with 6:54 left in the second quarter.

The Titans were rolling along at high-RPMs with Ruffin-Pratt leading the way, never allowing the Bruins to get within less than eight points of their lead for the rest of the game.
Ruffin-Pratt, the reigning Virginia Gatorade Player of the Year, took control at both ends of the floor for the Titans, pulling down rebounds, doling out assists and scoring. The senior guard finished the game with a full stat sheet, tallying 18 points, 14 rebounds, five assists and two blocks.

T.C. sophomore Jasmine Norman also helped out in a big way with 13 points on the night. Carol Dye and Caroline Young led Lake Braddock with 10 points each, while Brittany Peebles chipped in with nine points.

The Titans slow start had as much to do with their own play as anything that Lake Braddock was doing on the court, T.C. Williams coach Cavanaugh Hagen said.

I think it was more us [slowing ourselves down], I dont think we came out with the same intensity as we usually do, Hagen said. We need to start playing from when the ball goes up.

Ruffin-Pratt said that the start was slower than normal, but not out of the ordinary for the Titans.
Thats really just how we start off, Ruffin-Pratt said. Most games we start off like that, but after a couple of minutes we realize thats not how were supposed to be playing and we always pick it up.
We need to come out and play harder from the beginning so well have a better chance at getting the lead early and not have to work so hard at the end.

With the win, the Titans move to 17-4 on the season and are riding a 13-game winning streak into Senior Night this Friday against Hayfield, the final game of the regular season.
While the game holds a little extra something for the teams six seniors three have played together since 8th grade its still really just another game, according to Ruffin-Pratt, the programs all-time leading scorer.

It feels like Ive been here for so long, Ruffin-Pratt said. Im amped up. Im ready to play [Friday] already. Ive been waiting for this game. Its a good feeling to make it to here. Its special.

Its going to be a very emotional game for us, Hagen said. The boys will be there, the girls, the fans, the families its recognition of what theyve accomplished over their last four years. Theyve all put a lot of time, energy and effort into the T.C. Williams program.

Senior Night is the regular season finale but by no means the end of the road. With a solid grasp on their district position, the Titans also have their sights set on success in post-season play, which starts next week.

If we play our game the way that we know how to play, one game at a time, I think we could get to the championship, Hagen said, also acknowledging the tough competition that T.C. Williams is bound to face in the District playoffs and the Regional tournament should they advance that far.

Last year the Titans perfect season and state championship hopes came crashing down in a 58-45 loss to Robinson in the first round of the Northern Region tournament.

This year, again, the Titans think the sky is the limit.

If we work hard each game, weve got a chance to go all the way, Ruffin-Pratt said.