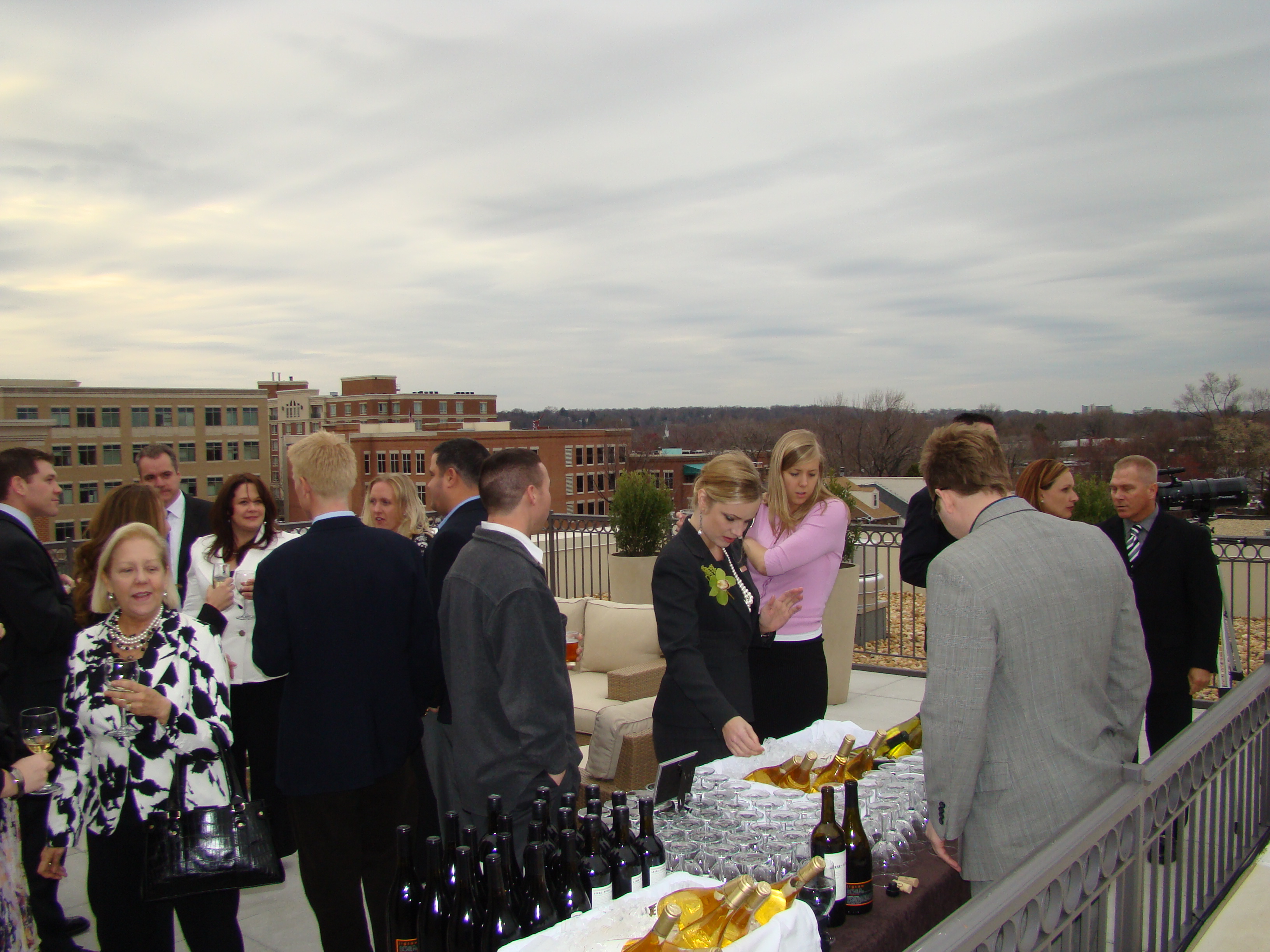 The grand opening of the Lorien Hotel and Spa at 1600 King Street, a Kimpton Group Hotel, was bright and upbeat despite the brisk, gray weather. Mayor Bill Euille, along with the senior management of the Kimpton hotels and DSF Group, warmly welcomed the hundreds of invited guests as well as those fortunate enough to be staying in the luxury hotel. Guests were treated to an elegant but understated champagne opening reception, with the festivities being held in several locations throughout the hotel and spa.

The reception began with brief speeches from Don Anderson, the Loriens general manager, Josh Solomon, the president of DFS Advisors, Mike Depetty, the president of Kimpton, Nicky Lionachus, the chief operating officer of Kimpton and Euille. They all thanked Alexandria for the warm welcome the hotel has received, and Euille stated that he is pleased that Alexandria has added a high-quality hotel to the city which will help meet the growing demand from the tourist population as well as the families and friends of those who live here. The Lorien is great.

The mayor also applauded the Loriens support of the community. Euille announced that the hotel had decided to forego goody bags for the evenings guests, opting instead to donate what they would have spent on party favors to Alexandrias Community Lodgings, a transitional housing nonprofit with a family learning center that supports parents and children. In addition, the mayor said that the spa had selected Dress for Success as the local charity that it will support.

Anderson, along with the Alexandria manager of the three Kimpton Hotels, Nick Gregory, were both pleased that the hotel opened with such a successful first few weeks. Thanks to the vision, dedication, and hard work of the DSF Group and Kimpton Hotels and Restaurants, we are excited to celebrate the grand opening of the Lorien Hotel and Spa today. Being an Alexandria native, I am proud to bring world-class service and accommodations to Old Town. It is extremely rewarding to bring 139 new jobs to Alexandria during these times Anderson said. An enthusiastic Gregory added that he cannot express how excited he is to have three Kimpton Hotels in Alexandria. The Lorien Hotel and Spa brings a fresh design and offers amenities unlike any other hotel in Alexandria with its world class restaurant and beautiful spa.

Carolyn Zacarro, visiting from Los Angeles, was amazed at how fine the hotel was on the inside and much bigger than it appears from the street. She said, I am visiting my aunt in Alexandria this week. Her house is nice, but I wish that we were staying here. The rooms and terraces are so nice, the spa looks fabulous and the food is really good.

After a bit of a rocky start with some of the residents in nearby neighborhoods, Old Town neighbors seemed impressed with the decor and the food. Local resident Kirsten Brown had dinner at the hotel recently and thought the food and atmosphere were very good. After an excellent dinner at Brabo, we had a really nice time sitting outside in the courtyard by the fire.

As the notice on the door to the employee lounge reads, If we dont continuously improve, we begin to disappoint.