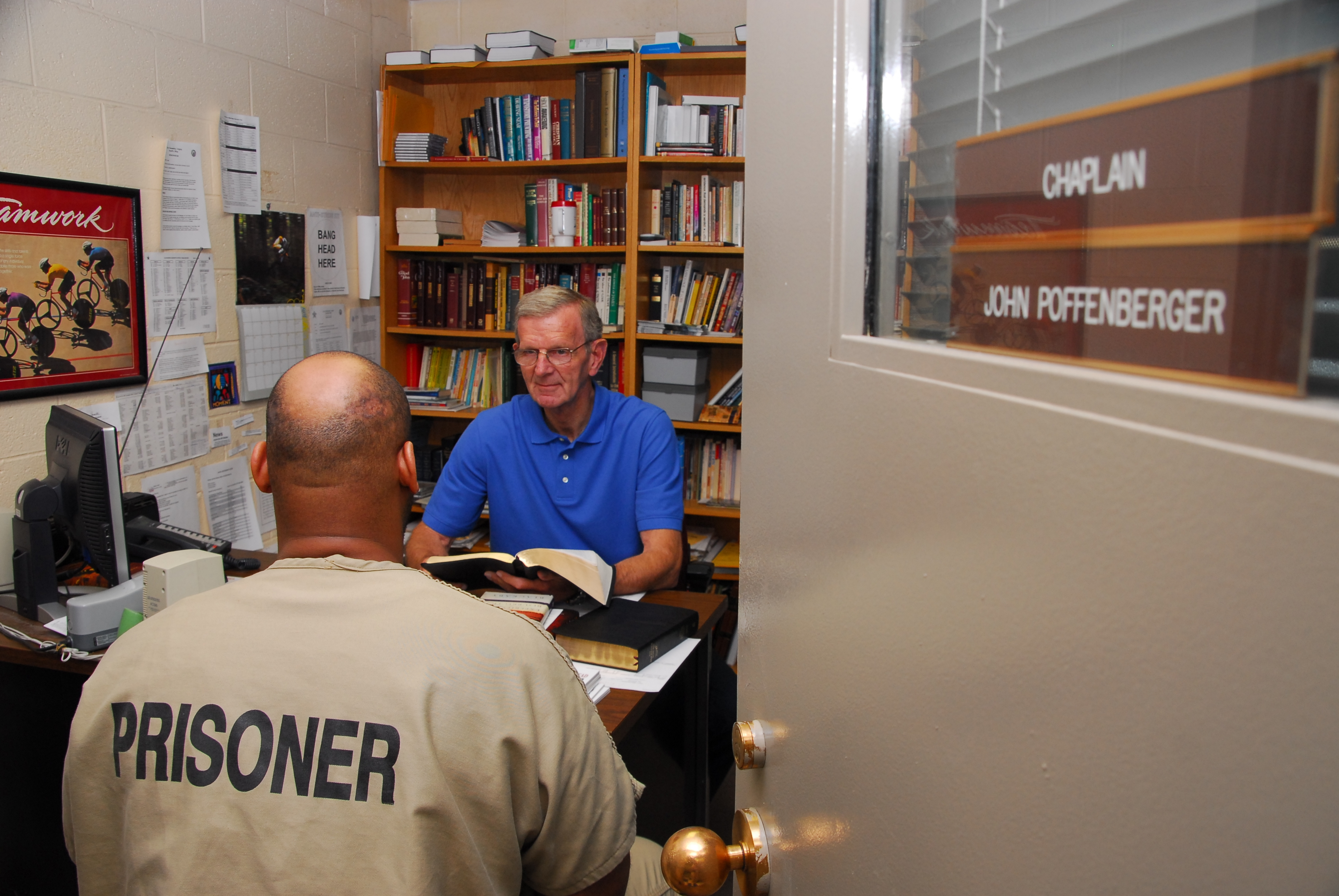 After 23 years, John Poffenberger is getting out of jail.

He got his first taste of jail as a young Marine when he was assigned to Brig Duty at Great Lakes, Ill., in 1958.

In reality, John Poffenberger is retiring as chaplain of the Alexandria Detention Center and Sheriffs Office where he has served since May 16, 1986. However, he leaves Alexandria re-fired and not retired. His last day at the jail is Friday, March 27.

He and his wife Betty are moving to Huntsville, Alabama, where he has established Proclaiming Christ Ministries. He will be involved in Itinerant/Interim pastoral ministry.

His first and only jail assignment came from the Good News Jail and Prison Ministry, which has provided the chaplaincy in Alexandria and jails throughout the Commonwealth of Virginia and nation since 1961.

Poffenberger, 71, is a native of Hagerstown, Md. He has been a five-time winner of the Good News Ministrys chaplain of the year, an honor of his colleagues.

Chaplain Poffenberger has distinguished himself as the chaplain and a valued member of the Alexandria Sheriffs Office, said Sheriff Dana Lawhorne. His service to the inmates and staff over the years has been outstanding. He is respected and appreciated.

Poffenberger was ordained at age 37 in April 1975 at the Hagerstown Bible Church. He served as pastor of Calvary Bible Church in Berkeley Springs, West Virginia, and as associate pastor at Hagerstown Bible Church. While serving in Hagerstown, he ministered in the local jail and three Maryland State prisons. His interest in jail work grew and he joined the Good News Jail and Prison Ministry, then located in Arlington. On May 16, 1986 he was assigned to the Alexandria Detention Center.

I have enjoyed my work here in Alexandria, Poffenberger said. The staff has always been helpful, cooperative and made me feel at home.

Both Chaplain Poffenberger and his wife Betty were born and raised in Hagerstown where they raised two daughters. They are proud grandparents of two grandsons who reside in Huntsville, Alabama.

While he is proud of his ministry and family, the chaplain is also happy to be a Marine not on active duty.