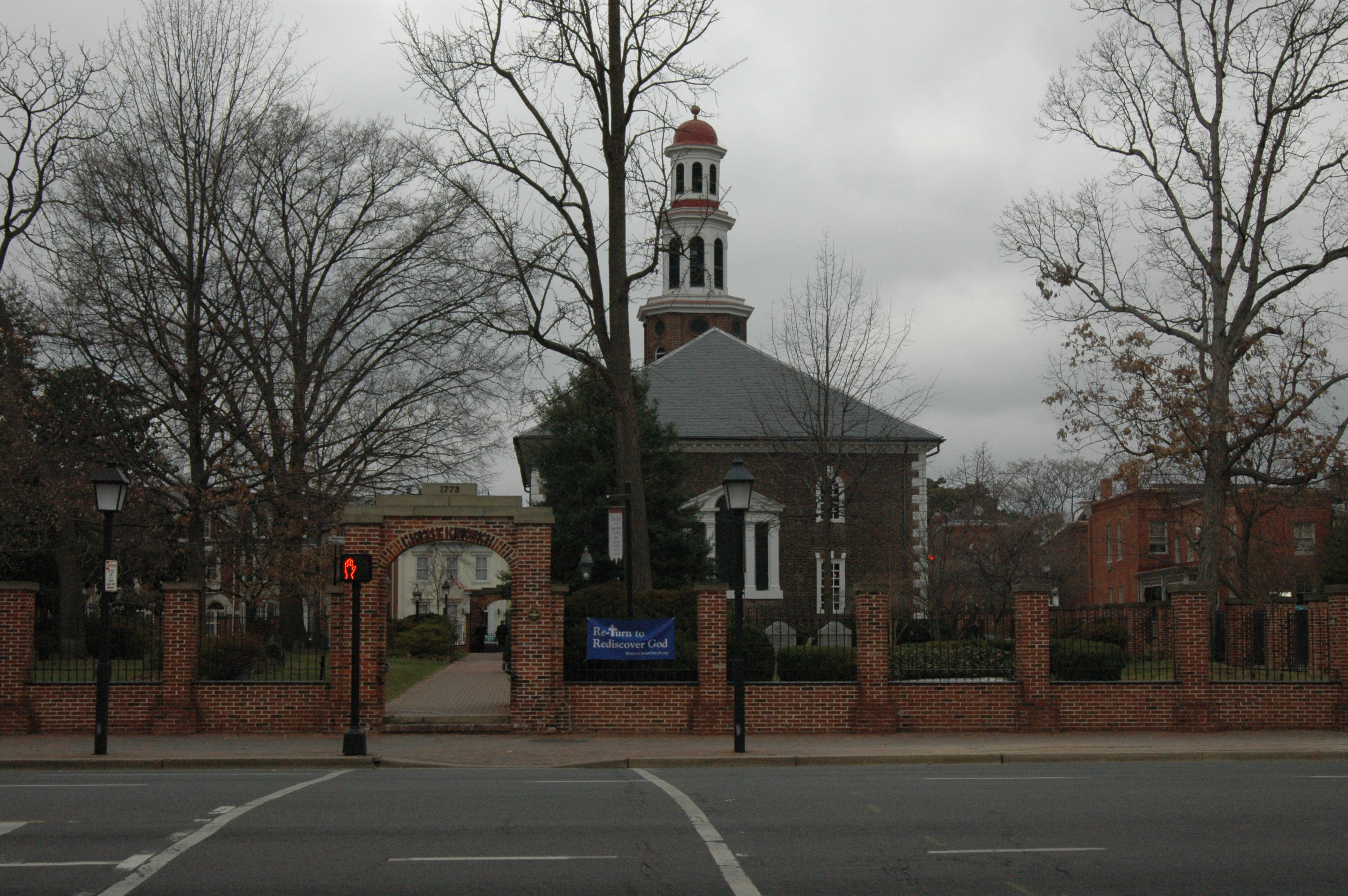 Alexandrias streets are filled with historic landmarks some obvious as day, like the George Washington Masonic Memorial, and some more guised, like the colonial-era brothels housed in Old Town structures still standing today. Throughout the years, buildings are renovated, brick streets are paved with asphalt and Golden Arches alter once pastoral landscapes.

But currently, on the corner of Cameron and Washington Streets, residents have a window of opportunity to see George Washingtons and Robert E. Lees Christ Church as an 18th and 19th century Alexandrian would have, without the obstruction of an 18-foot long horizontal traffic signal pole that was recently removed.

Its interesting, said Linda Dienno, Christ Churchs director of communications. Its a much more open vista, a better view of the church.

The traffic post that used to stretch over Washington Street (blocking the view of the church from Cameron Street) was removed recently for general maintenance. It risked deterioration a lesson the city learned in the 90s when a similar streetlight post collapsed into the street, narrowly missing a vehicle. Resulting from the common, everyday maintenance was an uncommonly smooth coexistence between the modern and the traditional history of the city.

After initially building a foundation for a new traffic pole that would have blocked the Christ Church vista even more, city crews sealed back up the hole in the brick sidewalk two weeks ago, moving the site of the new pole as far north as possible to clear an opening in front of the historic churchs archway and graveyard.

Its part of the regular street maintenance, said Steve Milone of the Planning and Zoning Department. Theres no formal process for review but staff tried to talk to each other and make sure that no issues were created. If there are things we can approve like this, we try to work on it.

Because of the intersections layout (Cameron Street veers away from the traditional square grid) a traffic signal post is necessary for safety reasons; motorists would not be able to see the lights or other signs without it. But the city is attempting to cut the horizontal pole in half to preserve at least some of the view, which is wide open for the time being.

If the signal was right on the corner [a motorist] would pull up to the intersection and not even see it, said Rich Baier, director of Transportation and Environmental Services. You would have to know to look to your right for the offset leg of Cameron.

Wed love to get rid of it all together, Milone said. Believe me, we talked about it, but for traffic safety and functionality I dont know what else we can do.

City staff members are planning the new street post but are aiming to make the horizontal arm of the post about eight to 10 feet long, opting for historical predominance over the modern metal urban jungle.

Any time people get a better view of Christ Church, were just delighted, Dienno said. We love people to see the church, influencing them to come into the church. Its great for the city to go to the trouble of shortening [the pole] and make it a better streetscape. Its really great that theyre paying attention to that.

Baier said the new pole could be up in the coming weeks, altering the vista again for the foreseeable future of the landmark.