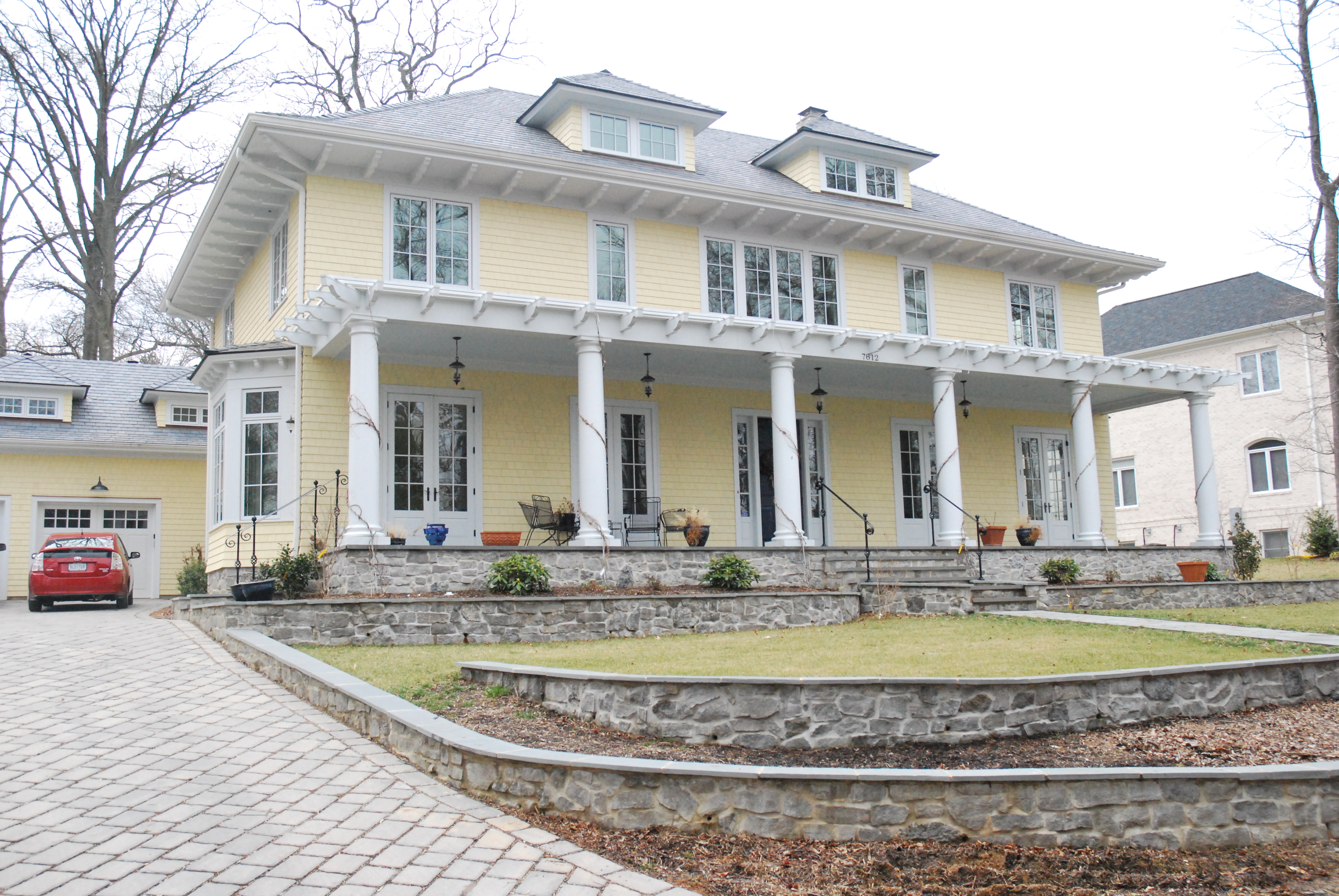 Carl and Jeanine Santilos house really is green at heart, even if it is yellow on the outside.

Then again, once you take into consideration that it does not produce its own energy (yet), the Santillos home, located in Alexandria along the Potomac River, is about as close to being 100 percent green as a home can get.

In building the home, the Santillos main priority was to maximize energy efficiency while reconciling it with a sense of historic, traditional American architecture. What they ended up with was a beautiful, new home that broke the mold for home construction in the area while reducing energy costs and demand by more than 70 percent.

Whats more, the basic concept for the house with additional wrinkles thrown in over the last three decades finds its foundation back in 1974, in a class at Union College, Jeanine said. That concept, building a house that is tight and minimizes the amount of heat lost and gained from the outside, has certainly withstood the test of time and paid immediate dividends.

The all-electric, 6,000-square-foot home operates on an average electric bill of about $100 a month, a fraction of the bill for the vast majority of homes this size.

No $1,000 summertime electric bills for running several air conditioners.No $1,000 oil deliveries to power the furnace in the winter.

With nearly every aspect of the house complete they plan to add solar panels in the near future to offset much of the remaining energy consumption the Santillos still remain as pleased by the idea of the house as its low energy costs. They hope that others build from what they did for the benefit of the planet and not just the bottom line.

It makes for a house thats more durable, more sustainable, better for the environment, Carl said. Its just a smarter way to build. The notion, Does it pay for itself? is silly.

In spite of the new homes apparent success in energy efficiency, it is not an LEED certified green home largely because the Santillos values and the priorites for attaining certification did not match.

The LEED process did not put nearly as high of a premium on energy efficiency as the Santillos were looking for. They considered energy efficiency to be the most important slice of the green pie, far bigger than its prominence in the LEED forms, Jeanine said.

LEED started commercially and may be better suited for that environment, Jeanine said. We felt that it just emphasized feel-good green, and not really making-the-planet-a-better-place green.

To build what they think of as a Thermos, an enclosure that loses very little heat and energy, while at the same time requiring little energy to regulate itself, the Santillos enlisted the help of Bill Rohrer and Cub Run Builders of Alexandria.

Like every part of the project excluding construction of the house itself, which took just 17 days to close off the building finding a builder whose ambition and commitment matched their own took some time. When the Santillos found Rohrer, whose Prius license plate is a shortened version of Build It Green, the search was over.

With Rohrers help, the Santillos incorporated a slew of energy-conserving features into the new home. Things such as geo-thermal heating, a special energy recovery ventilation system, super-efficient appliances like an induction stovetop, triple-paned windows and structural insulated panels (SIPs) for the walls and roof all helped to create the efficient, closed-off Thermos technique.

The slowest part of the process was getting the permits to go through with Fairfax County. Instead of the eight to 10 weeks the Santillos had expected, the process took some eight months because county officials didnt have a way to process the innovative SIPs paneling.

The Santillos said that once the county was on the same page, they too were eager to learn the ins and the outs of the process.

According to the Santillos, the up-front building costs required to build a home with similar energy efficiency techniques do not add up to the horrific sum that people might think comes with pursuing energy efficiency.

I think thats the fear that drives everyone away, Jeanine said, as they explained that many of the features of the house had no additional upfront cost and immediate payback, while other additions cost more and will not pay off in the same way.

You can have energy efficiency on a pretty modest budget, so theres really no reason that were not all building that way, Rohrer said.

Ultimately, the sticking point for the Santillos was building the sort of house that they wanted to live in after having moved around the
country for many years, not just saving money.

I kind of want to challenge anybody who thinks of energy efficient measures just in terms of payback, because at some point a person has to decide what kind of a house they want to live in, Carl said. Living in an energy-efficient house feels good, and then its also nice to get those low utility bills.

If you wanted to build an extra bedroom, youd add the bedroom. You probably wouldnt be too concerned with the financial benefits down the road.