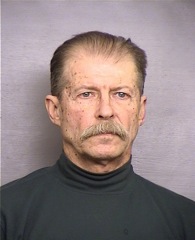 Embezzling $170,000 does not often reflect a nickel and dime operation unless the embezzler steals actual nickels, dimes and quarters from parking meters as Alexandria City employee William J. Fell is charged with doing.

The Alexandria Police Department announced Tuesday that an investigation led to the arrest of Fell, of Stafford County, for allegedly pilfering more than $170,000 in coins from the parking meters he was hired to repair and empty.

Fell, who works for the Department of Transportation and Environmental Services, was charged with two counts of embezzlement by a public officer and is currently on unpaid leave pending the investigation.

The suspect had access to the citys parking meters, according to an affidavit, as well as the citys bank accounts where the coin revenue was deposited. No background check was performed before hiring Fell 17 years ago, though there will be in the future, according to Steve Mason, special assistant to the city manager.

If someone were to apply to the position today they would have to undergo a background check, Mason said. Were formalizing it as we speak.

Mason added that a background check would not have helped in this situation because Fell had no criminal record.

Hired in 1992, Mason described Fell as a valued employee. He was not promoted to his current position until June 2008, just before money started going missing. The city requires general background checks for all employees, though it does not require background checks for internal promotions.

Alexandria detectives wrapped up Fells arrest but it was two city employees who began the process after a series of suspicious events. Bob Garbacz, the traffic division director for the Department of Transportation and Environmental Services, and an unnamed staffer at the Office of Management and Budget heavily aided Alexandria detectives.

The unnamed employee first noticed odd revenue figures after parking meter rates rose in August 2008. The citys intention was to raise revenues by doubling the hourly fee, but collected revenues did not match the citys high projections.

The employee notified Garbacz, who oversees Fell, of the suspicious calculations. According to the affidavit, Garbacz had witnessed a significant decrease in city deposits, prompting him to cross-reference the data with surrounding jurisdictions, both of which saw large increases in their revenue and income from meters during the same time span, making the loss of funds suspicious.

The affidavit states that Garbacz observed Fell coming to work earlier than necessary and leaving the TES grounds in his city-owned truck between 3:30 and 4 in the morning. Finding his behavior odd, Garbacz followed the suspect early one December morning to Prince Street where, hiding near some bushes, he tried to watch Fells actions in the dark.

Though his view was obstructed by a car, Garbacz told police that he could hear the sounds of meters being tampered with a[nd] coins being manipulated, according to the affidavit.
Later on at the ETS campus, Garbacz witnessed Fell transfer what he deemed to be a weighted bag and placed it into the trunk of his 2008 Ford Mustang.

Garbacz notified the Alexandria Police Department, which conducted an investigation similar to Fells superior watching the suspect leave the TES grounds in the pre-dawn hours in the city-owned truck and returning shortly before 5 a.m., according to the affidavit. A detective cross-referenced the deposit dates with the dates Fell was supposedly collecting coins and found that no deposits were made on the majority of the dates and that Fell was going out on days not designated for collections.

Finally, the police had enough information to install a surveillance camera on the city-owned truck, which captured images of Fell placing a white bag with obvious empty collection canisters in it, the affidavit stated. Fell was later recorded removing canisters from Old Town meters and replacing it with the empty ones.

This offense took place numerous times on many different dates, the affidavit stated.
It is estimated by the investigator that between January 2007 and January 2009, Fell allegedly embezzled as much as $107,520 from the city. Each coin container can hold about $80, according to the affidavit.

Upon his arrest, Fell possessed a key to meter canisters, four keys containing computer chips and a pad-lock key, all property of the city and used to pilfer coins from various lock boxes. Police found more than $150,000 in cash and coin at his Stafford home.

If and when the alleged stolen money is recovered, it would likely go into the general fund of the 2010 budget, according to City Manager James Hartmann.

Fell is scheduled to appear in court Thursday, April 22.