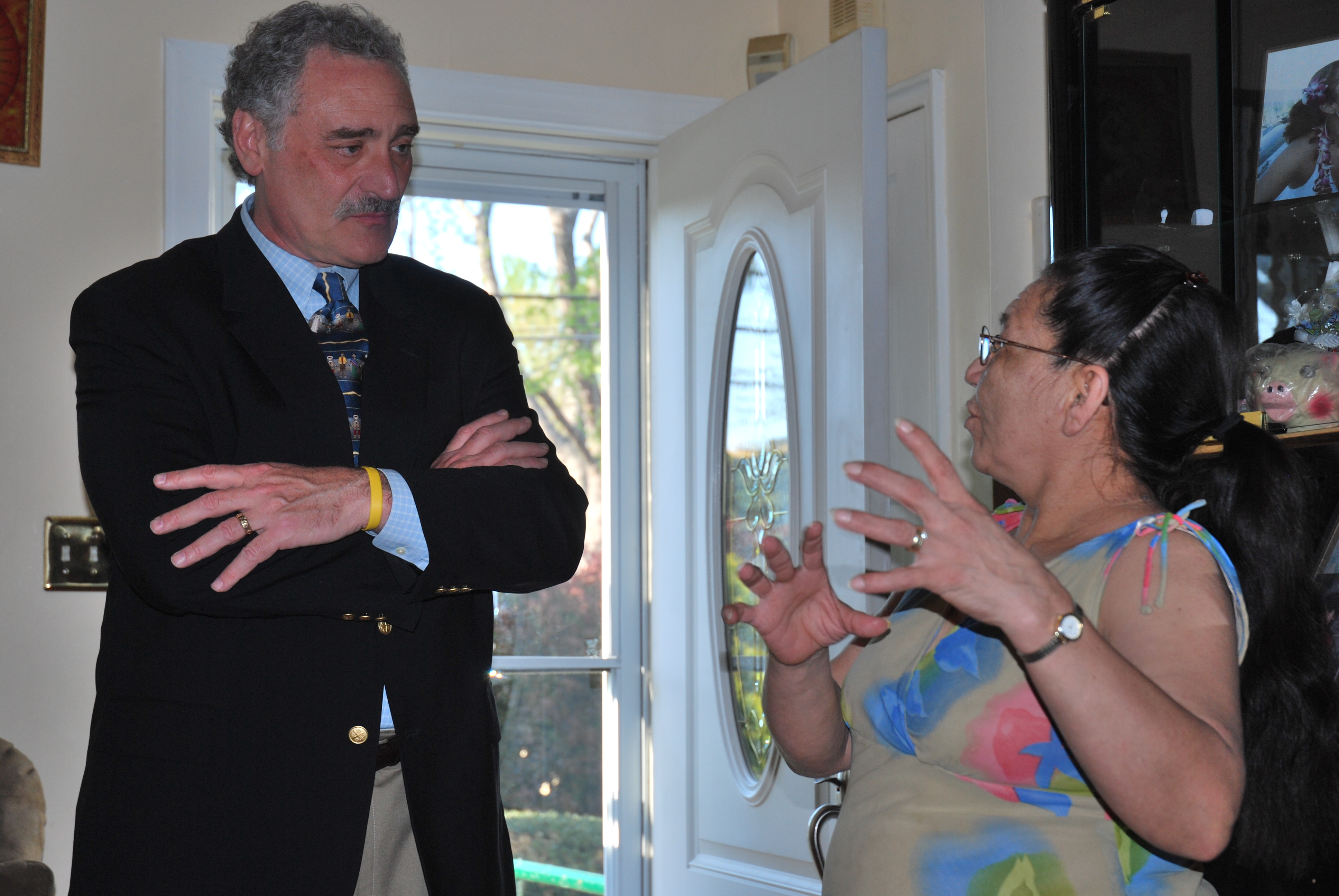 For an afternoon, anyway, Alexandria City Public School Superintendent Morton Sherman, Deputy Superintendent Cathy David and members of the school board got to take a walk in some slightly different shoes.\

Some opted for more practical footwear, but all were able to see one of the city\’92s most unique neighborhoods, Arlandria, from the perspective of those who live there \’97 interacting with parents and community leaders last Thursday, and getting to hear some of the challenges they face each day.\
However you like to refer to the achievement gap \’97 be it by that name or \’93preparation gap\’94 or otherwise \’97 with the data released last month on graduation and dropout rates at T.C. Williams High School, its results are apparent.\
The fact remains that less than 60 percent of Hispanic students and just over 70 percent of students struggling with English who were expected to graduate in 2008 did so on time, according to the Virginia Board of Education.\
In Arlandria \’97 a community made up predominantly of immigrants, most of whom came from central and southern America at different points since the 1980s, according to Yeshua Alvarado, head of the parent group of Tenants and Workers United \’97 the issues facing these students are a part of everyday life.\
First and foremost among factors that parents and students said complicates the situation is that many parents struggle with English, making it difficult for them to feel comfortable and participate at PTA meetings or school functions even with they can afford the time to go. \
\’93Right now, there\’92s the communication problem,\’94 Alvarado said. \’93Many of them do not speak English. You don\’92t see too many parents at the PTA meetings because of the language barrier. That\’92s one of the problems that everyone talks about.\’94 \
In other cases, students lack access to a computer or to the Internet at home. Although after-school programs exist and the city\’92s libraries also provide free computer usage, students can encounter transportation problems.\
One example discussed during the trip, Mt. Vernon Community School \’97 one of the four elementary schools serving Arlandria \’97 features a bilingual curriculum and an after school program, but no late bus for those students who live at the farthest reaches of the school\’92s enrollment zone.\
Even in math, when, at times language might not really be an issue, parents often find themselves dealing with subject matter beyond their own education. \
\’93One mother asked me, \’91My daughter needs help with her Algebra homework, but I don\’92t know Algebra. What can I do?\’92\’94 said Lucero Beebe-Giudice, director of communications for Tenants and Workers United. \
With many of the formulas for potential success, questions such as that beg a certain solution: more mentors and tutors for students who need them, people who can not only help students learn but motivate and encourage them to succeed.\
Talking about the need for such programs, Sherman said the key is \’93finding someone who cares\’94 and encourages students to learn and succeed.\
The programs that exist are quite often too popular for their means, a fact that became evident when the group visited the Community Lodgings Family Learning Center. That program, which provides mentoring and homework help, has a waiting list several times longer than its own capacity, said John Liss, executive director of Tenants and Workers United.\
Allocating additional resources in an attempt to bolster student services and achievement would certainly come with a price, and is all the more hard to target because the Arlandria student community is spread out at several elementary schools.\
If anything, the group\’92s trip through Arlandria \’97 the first one with the superintendent and school board members, according to Beebe-Giudice \’97should be a jumping off point for further progress.\
\’93It\’92s about building cultural competency, starting the dialogue,\’94 Beebe-Giudice said. \’93It\’92s a way of helping leadership understand issues that these families face and getting that conversation started.\’94\