The city will loan $1.44 million in taxpayer money to the Alexandria Redevelopment and Housing Authority to complete funding for a redevelopment project in Arlandria, the City Council decided Saturday.

The project, Glebe Park, will include 10 workforce housing units, eight new market-rate homes and 84 public housing units 44 of which will replace the units in the James Bland neighborhood of Old Town, also scheduled for redevelopment.

Development company EYA was supposed to fund the remaining $1.44 million of the project, close to implementation, but said it could not afford to because of downbeat financial projections. The city agreed to provide a bridge or short-term loan to ARHA, which will turn it over to the developer.

The city in this case is taking one step that puts a public body in between them and the private developer and therefore sets the precedent that every private developer that wants something will not be coming to you, said ARHA Executive Director Roy Priest.

Because the money to implement the James Bland project is intertwined with the Arlandria redevelopment, Council members chose one of few options, according to EYA and city staff: Either pay for and construct the development itself, put both projects on the shelf, or provide the bridge loan.

All parties pointed to the importance of creating workforce housing and public housing units that will be constructed and revamped, though some Council members were uneasy about essentially loaning money to a for-profit company.

Deputy City Manager Mark Jinks said the best-practice precedent, while there is not one in Alexandria, dictates that loans can be made to both nonprofit and for-profit agencies, citing the creation and preservation of affordable housing both rental and owned. 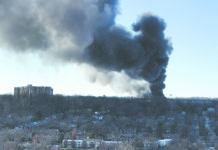 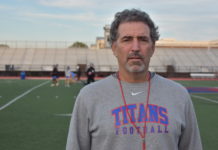 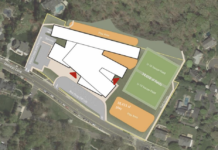 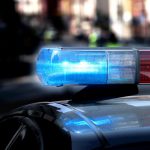 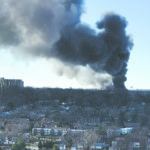 Missy Schrott - February 13, 2020
By Luke Anderson | [email protected] A plume of black smoke billowed above Alexandria on Saturday due to a four-alarm structure fire about a mile south... 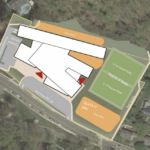 Cody Mello-Klein - February 13, 2020
By Cody Mello-Klein | [email protected] The school board unanimously approved one of two design concepts for the Douglas MacArthur Elementary School rebuild at its Feb....