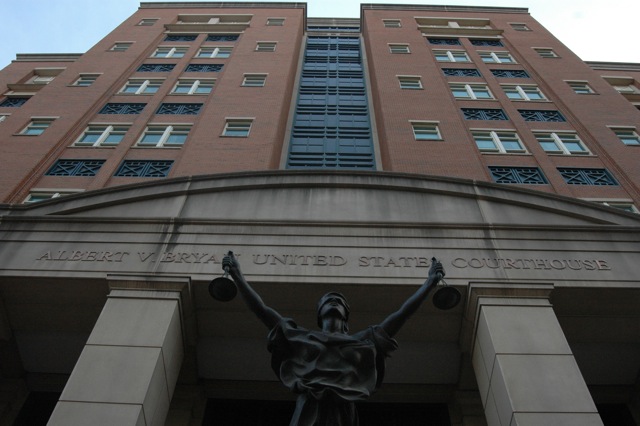 Rep. Jim Moran (D-8) says Alexandrians have a responsibility to cope with possible trials here of accused terrorists now held at Guantanamo Bay in Cuba if the Obama Administration decides to move them to the city.

Though President Barack Obama has yet to decide what to do with the 240 prisoners being held at Guantanamo when the facility is closed, Alexandria has been discussed as their next destination because of the citys modern federal courthouse and experience with high-profile trials.

Moran said in an interview that he has heard mostly negative things from his constituents on the possibility of moving the prisoners here for trials. Both Mayor Bill Euille and Vice Mayor Del Pepper recently said they hope the prisoners are not brought here.

But Moran, though he says he wants to explore other options away from Alexandria, has beliefs opposite those of many of his constituents. He has publicized them not as a welcome mat for housing and trying the terrorist suspects here, but as an alert to residents in case they are sent to the city.

I dont see it particularly as an opportunity, he said. I see it as more of a responsibility if it comes to that. Ideally we wont have any terrorist trials here.

Meanwhile, the government has not asked any local jurisdictions to do anything yet. But there is a Republican-backed bill in the House that has some Democratic support, dubbed the Keep Terrorists Out Of America Act, which would require the consent of state governments among other restrictions before any prisoners are transferred onto U.S. soil.

Moran does not support the bill because he sees it as a hindrance to closing the military installation, though he said he does not advocate for the burden either.

What he supports are efforts to counter anti-American sentiment and prevent the creation of new terrorists, something keeping Guantanamo open directly contradicts, Durrer said.

Moran agrees with Obama that Guantanamo Bay should be shut down for the sake of Americas international reputation a symbolic move.

Its symbolic but its also profoundly important, Moran said. Because the rest of the world continues to believe that we torture people that we have no evidence of wrongdoing against, even though that is generally not true.

Guantanamo is not the torturous, lawless facility that it was in the early years of the Bush Administration. But most people dont know that and until we subject the detainees to some modicum of equal justice under the law then we will continue to be characterized by the operation of a lawless detention facility, he said.

Euille, Pepper and Moran were all elected officials in 2002 when 9/11 co-conspirator Zacarias Moussaoui and The American Taliban John Walker Lindh went to trial at the Albert V. Bryan Federal Courthouse. There were large media contingents covering the trials and an intense security detail that put a strain on the citys resources, although the Department of Justice agreed to reimburse the city for security detail in the area. The commotion worried and annoyed some residents, too, especially at the Carlyle Towers next door, which housed about 1,000 residents at the time.

Back then, Moran wrote Attorney General John Ashcroft a 2002 letter to express his concerns for his congressional district. One of his major worries, according to the letter, was the possibility of a terrorist attack on the courthouse as a demonstration.

It is clear that in the climate that exists in our world today, it will be impossible to guarantee that terrorists will not try to disrupt the trials or harm civilians who live next door, Moran wrote.

Moran also requested from the attorney general insight on why these trials have not been moved to a secure location, such as a military base or facility in the Washington metropolitan area.

The area around the courthouse has since developed into a dense urban district of apartment buildings, a hotel, restaurants, businesses, a Metro station and the U.S. Patent and Trade Office, which has about 7,000 employees. More than 10,000 residents and workers occupy the area during business hours each day, Moran estimated in a recent letter to the Washington Post in which he said Alexandrians would stand strong if the order came to house prisoners in the city this time around.
If the president needs Alexandria to play an integral part in the effort to close Guantanamo by housing prisoners in the city, then the city should play a reasonably limited role in that effort, said Morans spokesman Austin Durrer.

Seven years ago, Moran also asked Ashcroft to reimburse the city for the financial burden incurred (almost $3 million in security enhancements), according to the letter, and he said he would seek reimbursement if more trials were held here.

My intent is to secure adequate resources for the city so that the city can perform the responsibility if necessary, Moran said.

Durrer said, What we were unsure of in 2002, we now know to be the case. The Moussaoui and John Walker Lindh trials proved that the courthouse can be used on a limited basis to try high-profile cases.