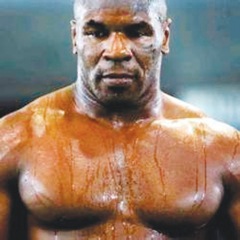 Tyson – (Documentary, R, 90 minutes). Mike Tyson does a remarkable job of explaining and justifying a life which earned him a fearsome reputation. From a childhood beating by bullies to recent years of rehab and sobriety, he confesses, defends, denies and reveals. Directed by James Toback. Rating: Four stars.

The Merry Gentleman – (Drama, R, 99 minutes). In his directing debut, Michael Keaton plays a suicidal hit man, Kelly Macdonald is the woman whose scream saved his life, and Tom Bastounes is the recovering alcoholic cop on the case. But this is nothing so simple as a crime story, and the focus is on a worthwhile woman trying to relate to two difficult puppies left on her doorstep. Moving in ways that are far from expected. Rating: Three and a half stars.

Is Anybody There? – (Comedy/drama, PG-13, 92 minutes). Michael Caine is superb as the Amazing Clarence, a retired magician who checks into an old folks home and slowly makes friends with Edward (Bill Milner), the owners 10-year-old son. The rest of the film, unfortunately, isnt up to their level; its clunky and sitcomish, but Caine is almost worth the price of admission. Rating: Two and a half stars.

Battle for Terra – (Animation, PG, 85 minutes). Aliens attack Terra. But the aliens are humans, and Terra is a peaceful planet inhabited by cute tadpole-like creatures with features of mermaids and seahorses. An imaginative, animated sci-fi fantasy, with an excellent voice cast, although must everything be resolved in a big battle scene? The 3-D adds nothing; find it in 2-D if you can. Rating: Three stars.