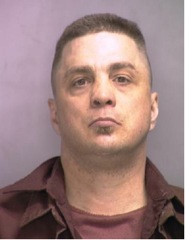 Michael James Horton, a fugitive sought by the U.S. Marshals, was found stabbed to death in the torso near the Braddock Road Metro Station in Old Town last Thursday, according to Alexandria police and the U.S. Marshals.

Alexandria police officers found the victims body after responding to an aggravated assault call at about 6 p.m.

The homicide is the citys second of the year and the second in the Parker-Gray neighborhood. No suspects have been named, but Horton likely knew the person who killed him, police said.

We really dont want to speculate the motive but what we do know is that these folks did not meet by happenstance, said Detective Blaine Corle, commander of police investigations. There was a reason for them to be together when they were. It was no random thing.

The main thing we want the public to know is this was not a case where somebody was just attacked walking down the street.

Police released a photograph of Horton on Monday hoping that residents could place him around the 600 block of Payne Street or anywhere in the city where his body was found, and lead them to associates he had in the area.

Horton was far from Butler, Pa., where he has been wanted by U.S. Marshals since February for possession of cocaine and burglary a violation of his probation, according to U.S. Marshals officials.

Hes not from this area, police spokesman Jody Donaldson said. So were trying to put him right here.

A U.S. Marshals wanted poster listed Horton, 45, as an armed and dangerous drug user with violent tendencies and numerous aliases.

A toxicology examination was performed on Hortons body that could give police leads on why he was in the area but results are not yet available.

We didnt have any real information that he had gone to Virginia, quite honestly, but obviously [his death] wasnt the result we were looking for, said Officer Michael Baughman, a supervisor with the U.S. Marshals Western Pennsylvania Fugitive Task Force.

The photograph released by the Alexandria Police Department showed a man much thinner and worn-looking than the U.S. Marshals picture, which may have been a result of Hortons fugitive lifestyle. Officials could not confirm when the pictures were taken.

Typically we do know that for people that are on the run, thats a very hard lifestyle to maintain, Baughman said, not specifically speaking to Hortons case. When youre actively trying to avoid the law youre outside the mainstream because youre avoiding law enforcement, so its hard to sustain yourself for a long period of time.

Of the 23 homicides in the city since 2005, The Parker-Gray neighborhood in north Old Town has seen nine, according to police statistics. Residents posted opinions on the Parker-Gray Growl, a neighborhood blog, expressing dissatisfaction after the second homicide in their neighborhood this year.

We are reaching [a] dumping ground status when fugitives from the law randomly show up in our neighborhood and get murdered, one anonymous blog post said.

Donaldson said that police presence might be more noticeable in the area since the homicide.

Anyone who recognizes the victim or who has information about this incident is asked to call the Criminal Investigations Section of the Alexandria Police Department at 703-838-4444 or the Crime Solvers tip line at 703-838-4858. Detectives would like to remind witnesses that they can remain anonymous.