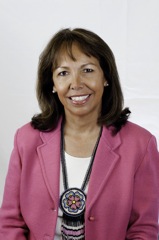 But she recently adopted a 14-year old cat, Jamela, who gets along with Buddy just fine, despite their differences. Their relationship is one Vasques will have to emulate on the political level, she says, in order to win Del. David Englins (D) seat in the 45th District of the Virginia House of Delegates.

Its certainly a Democrat district, and I am gong to have to work really hard and get to know the [constituents], Vasques said. I have to get out there and meet those Independents and meet those Democrats that vote for the person, and thats what Im going to do.

The Old Town mother of one knows she has an uphill battle, as most Republicans do in the traditionally blue district including most of the citys east side and parts of Arlington and Fairfax. So she was flattered when Republican City Committee Chair Chris Marston asked her to run. She accepted about two weeks ago.

Since then, Vasques and her campaign have strategized how best to approach pinning down non-Republican votes in next Novembers election. A first-time seeker of an elected office, it became apparent that the old fashioned way was the only way; before politicos get the votes, they have to meet the vote, albeit on a door-to-door basis.

They say some folks have spent enormous amounts of money on a campaigns, Vasques said. What Im going to do is spend my money on a pair of sneakers, because I have a lot of walking to do.

The discordant layout of the 45th District makes for a tough walk but perhaps an even tougher sell. Meeting people is not an issue for Vasques (I am not shy. If anything my number one asset is that I love people all people and I cant wait to get out there and meet them.), but how to answer the needs of constituents over three different jurisdictions is still up in the air for her. She will need to listen first.

I think its important to listen first and then go forward, and Im trying to do that now, said Vasques, whose campaign is currently mapping out her door-to-door excursions.

Her background indicates the bipartisan reputation for which she hopes to be known. Vasques has worked under four presidential administrations two Republican and two Democratic in her almost 30 years of government work experience: the Carter, Reagan, Bush I and Clinton administrations. She held her most prominent positions under Clinton, heading the Department of Energys Indian Affairs desk. Vasques later returned to the Department of Education, setting up the White House Initiative on Tribal Colleges. She ended her government career as director of the Office of Indian Education.
She has also worked closely with the Alexandria Republican City Committee that nominated her.

Vasques worked in the Department of Energy and the Department of Education at various posts that often focused on Indian American affairs. The daughter of an American Indian father who headed the Sam Pasqual Band of Mission Indians (in California) for about 20 years and a fare and blond mother from Tennessee, it is perhaps easy to see where Vasquess interests dawned. She never lived on the federally recognized sovereign reservation, but very often visited her family members who did, sparking her interest in not only the culture but the dynamics of her fathers unpaid political post.

Vasques experience, though she did not realize it until she was older, also affected her work in the federal government where she helped bring reservations into the policy-making limelight previously enjoyed solely by state and local governments. Her work paralleled with that of her father Ron Peraltas on the reservation where he initiated an education program the first of its kind there.

Everyone was always including local governments, state governments, the federal government, but what about our tribal governments? Vasques said. So my job was to ensure the tribal voice was heard throughout all areas that I touched in my career.

But as a government employee she carried out policies behind the scenes. Being a member of Virginias House requires making them.

Getting in front of the scene, being the policy maker, representing the people and what they d like to put forward I want to be part of that process now for the Commonwealth of Virginia and include our constituents in our area, Vasques said. And most importantly listen to what they want included before the decisions are made.

Vasques said she would like to continue her work with the Indian American community and small businesses from Richmond, but education (and its funding) stands out as her top priority for the 45th District and the state.

When you look at education, if we dont have our kids educated at the highest level, where are we going to get our future business leaders, our local community leaders?

An Alexandrian for about 13 non-consecutive years (about 12 consecutive), her teenage daughter Alex currently attends St. Stephens and St. Agnes private school, though Vasques said her family (which includes her husband Fabrice) has not decided where she will attend high school.

Self-described as independently minded, Vasques is confident in and perhaps relying on her experience working on what she classifies as non-partisan issues like education, energy, health and American Indian affairs to win a seat in the House of Delegates.

Her first step, though, is to make herself known as someone thats going to listen.