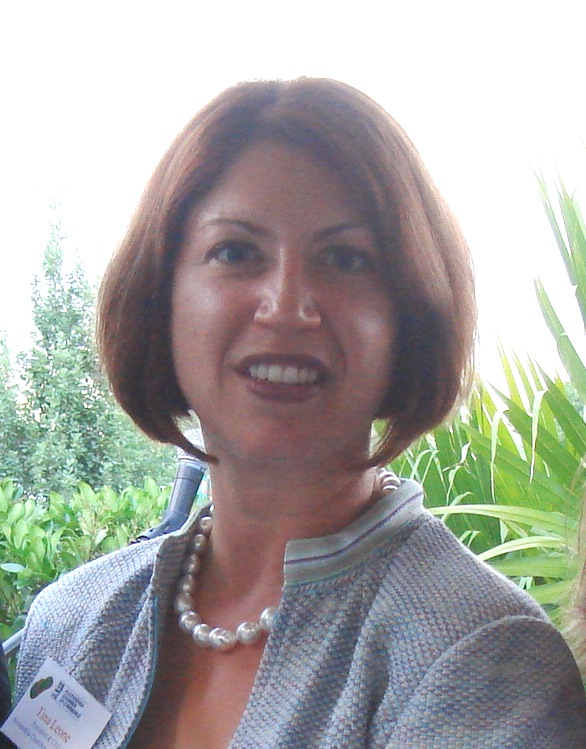 Less than two weeks after taking up her new post as President and CEO of the Alexandria Chamber of Commerce, Tina Leones calendar is already filling up fast.

And she likes it.

Leone began her work at the Chamber on July 15, putting an end to an interview process that spanned a couple of months and involved a series of interviews not only with the Chambers Board of Directors but city officials and some of the organizations partner groups to ensure a good working relationship, Leone said.

Her arrival also meant that the Chamber and its central staff once again had a dedicated, full-time leader after spending most of the current calendar year without one.

Considering the economic times, its been a challenge for everybody, Leone said. Then, on top of that, to not have a day-to-day manager, a CEO thats here to handle the problems that come up that had to be an extraordinarily challenging thing for the board and the staff.

The Chambers new executive officer inherited a staff of three, Leone said, a number that has dwindled over the last year because of departures, attrition and the organization posturing to reinvent itself another way in which Leones hiring provides definition, closure and a new beginning.

Sometimes you know that you have to change but youre not quite sure what that change is until you see it, until you know it, Leone said. I think that, with the board, they clearly knew that things had to be different from the way the organization had been run the last couple of years.
The chamber just has so much potential, even in this challenging time, and there are things that we can do. Its a great time for us to reorganize ourselves and revitalize the organization, she said.

Raising our profile, being available, being at the meetings and being out there in public is one of my goals, Leone said. I think I have 100-some meetings scheduled already but thats a fun part of my job because I love being out there and meeting new people and getting to know my city.

An eight-year Old Town resident who has lived in the area for roughly 15 years, Leone came to the Chamber after spending seven years leading the Lorton Arts Foundation.

Originally brought on to help the fledgling group develop its business plan, Leone became the foundations executive director in September 2002 and saw the project through to the facilitys grand opening in September 2008.

In that time, Leone led the organization through the process of re-zoning the 55-acre portion of the former Lorton prison complex, acquiring a 50-year lease from Fairfax County and fundraising to help meet the projects multi-million dollar costs, according to the foundations website.

One of the things that I think really needs to happen is that the Chamber needs to, again, become the go-to organization for business for opinions, for education, for the important issues that occur in Alexandria. The Chamber needs to be a presence there, Leone said. Our job is being that voice for our members.

Despite her home base in Alexandria, Leone said that as a business consultant she was largely unaware of the Chamber and its work, something that has since translated into her main goals for the Chamber as she charges ahead.

It had never occurred to me to become a member because I had never heard about what the Chamber was doing and that leads back to raising the profile and letting people know about the things that we do here, Leone said.

The Alexandria Chamber of Commerce has been around for more than 100 years and has had as many as 1,000 different members, but in the past a number of neighborhood business advocacy groups have sprung up to do many of the things that a chamber of commerce would normally do.

I think what we find is that were all saying a lot of the same things, Leone said. Businesses tend to have the same types of problems.

There are commonalities and I think thats where the Chamber can help, she said. Where there are common problems and common issues, we can speak to those and speak with a unified voice.