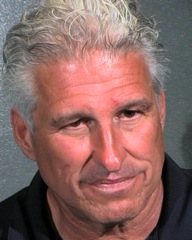 With the guilty plea, Bakeragreed to spend five days in jail, a mandatory sentence because of the 0.19blood alcohol level he recorded more than two hours after the accident. He mustalso enroll in an alcohol abuse awareness program, pay a $300 fine and have hislicense suspended in Virginia for 12 months.

“I offer no excusesfor my bad decisions and behavior because there are none,” Baker said in awritten statement Friday. “And I am, and will be, forever haunted by thepersonal embarrassment and humiliation I caused to those who have supported,mentored and guided me through my personal life and long and rewarding publicsafety career.”

James Clark, Baker’sattorney, said Tuesday that his client’s choice to plead guilty for the DUI wasmore about showing character than trying to win at the case.

“My sense is that he’sa very straightforward, very moral, very disciplined guy and I think it wasvery important to him, through his actions surrounding this case, to set thesame example he’s tried to set during his career,” Clark said.

Baker’s career spanned 21years as a police officer in Washington and another 19 years in the AlexandriaPolice Department, including the last three years spent as chief of police. Hechose to resign on July 28, three days after his DUI arrest.

“Part of his decision,in my opinion, revolved around letting people know that there’s a consequenceif you do something wrong, no matter who you are,” Clark added.

Theo Stamos, Arlington’sprosecutor, said the suspended portions of the sentence are meant to ensure theconvicted person abides by their sentence and are enforced if that person failsto uphold any portion of the judge’s orders.

Baker began his five-dayjail term at about 3 p.m. on Friday, according to the Arlington CountySheriff’s Office, and was released just after midnight on Wednesday morning. Heis required to pay the fine and other court costs within 15 days of hisconviction.

Baker, because of hisnotoriety and previous position as Alexandria’s police chief, was considered a”high-profile inmate and security risk” during his stint in theArlington jail, Arlington Sheriff Beth Arthur said.

Jail staff limited Baker’scontact with other inmates during his five days by keeping him in theprotective custody portion of the facility often used for police officers orother notable, high-risk prisoners.

“It’s a very commonpractice,” Arthur said. “There’s a balance between treating him likeeveryone else and recognizing” the risks that come with his extensivehistory as a police officer.

An additional, tentativecourt date was set for September in case Baker does not enroll in the county’sAlcohol Safety Action Program.

The ASAP program for DUIoffenders will cost Baker $300. Once a counselor evaluates Baker, he will beplaced in either the education program or the treatment program, an ASAPcounselor said.

Upon completion of thealcohol awareness course Baker could be recommended for a restricted licensethat would grant him limited driving privileges in Virginia before his 12 monthsuspension is complete. His license suspension in Virginia began Friday.

It usually takes 10 weeksor more before a DUI offender could be eligible for a restricted license,according to
an Arlington ASAP counselor. Because his blood alcohol content wasabove 0.15, that restricted license would require Baker to install a device onhis vehicle that prevents the car from starting if he is not alcohol-free.

As a Maryland resident witha Maryland license, only Baker’s Virginia driving privileges have been affectedso far.

According to Melanie Stokesof the Virginia Department of Motor Vehicles, a weekly report of convictionscommitted by regular out-of-state drivers is sent to all of the applicablestates and includes DUI convictions as well as other traffic violations.

While Baker’s recorded BACof 0.19 was above the state’s tested average of 0.14 for drivers that had beendrinking, as a male he was in the majority of the state’s DUI caseload.According to the DMV, men committed nearly 80 percent of Virginia DUIs lastyear.

Although Baker was onvacation at the time of the accident, he was driving a city-owned Ford Explorerwhen he collided with a Ford Escape trying to merge onto the I-66 entrance rampfrom North Fairfax Drive in Arlington.

As of Tuesday, Clark saidhe was unaware of the other driver in the July 25 accident pursuing a civilsuit but that things were being handled between the appropriate insurancecompanies.

The fact that Baker was not driving apersonal vehicle complicated things for the city prior to his resignation, butCity Attorney James L. Banks, Jr. said that Baker’s accident should notincrease costs for the city’s insurance the city is self-insured and thatas of Wednesday he was unaware of any claim being filed for the accident.